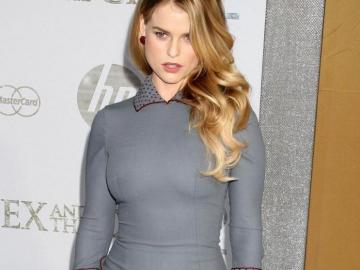 Hollywood has given us some of the hottest women to ever walk the face of the Earth, with the majority of actresses working in Hollywood these days coming from the good old USA, with just a handful of the top actresses in the movie business coming from overseas. With that said, there are still a number of very beautiful and talented foreign actresses working in Hollywood today, with some of them proving that you do not have to come from America to make it big in the acting industry.

One such foreign beauty is the stunningly beautiful British actress Alice Eve, who has been working hard in Hollywood for a number of years now and has shown time and again that, not only is she one of the most talented actresses in Hollywood but she is also one of the hottest. Here we aim to prove just that to you. Enjoy! 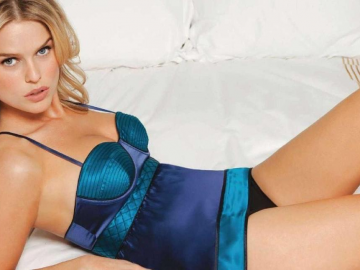 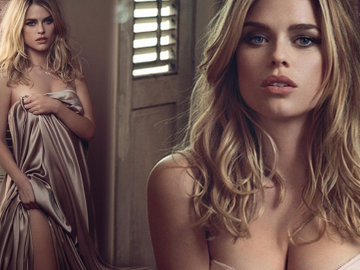 Alice Eve and Keanu Reeves ready for Replicas release
14th February 2018 @ 07:15am
Keanu Reeves and Alice Eve star in the upcoming new movie Replicas which is approaching its release date

17 pics that show why Alice Eve is a hot British star in Hollywood
12th December 2017 @ 05:48am
Hollywood has given us some of the hottest women to ever walk the face of the Earth, with the majority of actresses working in Hollywood these days comi ...

Alice Eve and co. preparing for Beyond Deceit release
10th April 2015 @ 02:49pm
British actress Alice Eve stars in the movie Beyond Deceit, which is still quite a few months away from release

Alice Eve continuing to live between Los Angeles and London
11th February 2015 @ 06:18pm
British actress Alice Eve has spoken about how she is still living her life between London and LA

Alice Eve wedding dress style earns fashionista praise
12th January 2015 @ 04:17am
Alice Eve is a fashion delight at her wedding to her high school sweetheart as she showed her exceptional style in a white lace dress, tulled underskirt ...

Alice Eve, put through tough CIA training for "Criminal" role
14th November 2014 @ 04:22am
Alice Eve had to put up with a lot training and learned to manoevre a series of weapons for the role in "Criminal, but she says she enjoyed it