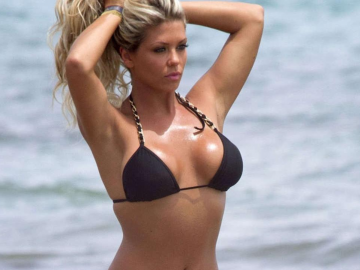 Helen Flanagan opens up about motherhood

Actress Helen Flanagan has opened up about her experiences with motherhood 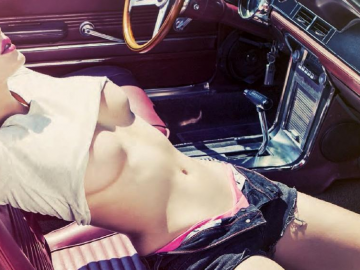 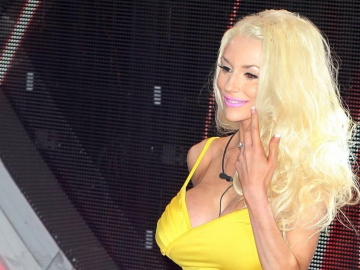 Courtney Stodden topless bed photo attracts interest from filmmakers
13th April 2015 @ 10:40am
Courtney Stodden impressive modelling ability as shown through a recent topless photo is attracting the attention of some filmmakers as a potential actr ...

Courtney Stodden in gold crop top provides her fans a reason to smile
1st February 2015 @ 09:55am
Courtney Stodden in 2015 has posted numerous selfies of her modelling different clothing and she is starting to get attention for looking great despite ...

Courtney Stodden's breasts and stand up routine keep her in spotlight
16th November 2014 @ 05:48am
Courtney Stodden appeared in a stand-up routine and she attracted the attention of Internet fans both for her willingness to poke fun at herself and her ...

Courtney Stodden stumps for attention in crop top and short shorts
27th April 2014 @ 04:21am
Reality star Courtney Stodden seems to be living according to the view that any publicity is good publicity with her recent public appearances

English host Davina McCall is more than ready to premiere her new television project
17th January 2014 @ 09:02am
This 46-year-old English host is extremely pleased with her participation in %u201CThe Jump%u201D: an upcoming British reality television show where Mrs ...