There have been so many beautiful and talented stars coming through in Hollywood over the years and there continue to be a long line of stunning stars coming through on the acting scene every year. While some of these stars go on to become huge Hollywood big screen movie stars, there are others who only really manage to make a name for themselves on the small screen, and then there are those who do not really manage to make a success of their acting career in any real way at all.

Which brings us to the beautiful and talented Hollywood actress Kaley Cuoco, who has been working in the acting industry for many years now and, while she has appeared in a number of different movies along the way, it is fair to say that Kaley Cuoco has become best known for her television appearances than anything else. With that said though, Kaley definitely has what it takes to become a big screen movie star and here we are going to show exactly why we think that. Enjoy! 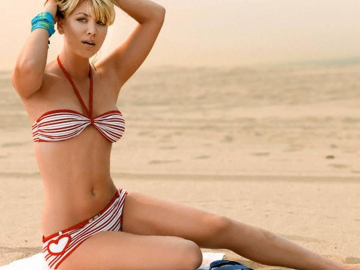 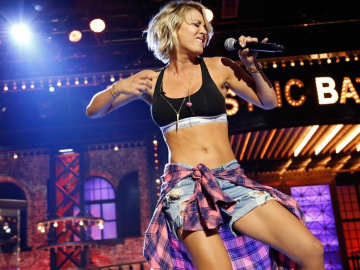 Kaley Cuoco and Sam Hunt dating?
18th February 2016 @ 12:57pm
It has been rumoured that Sam Hunt and Kaley Cuoco are dating

Kaley Cuoco and Ryan Sweeting split due to drug issues?‏
5th October 2015 @ 06:50am
Ryan Sweeting and Kaley Cuoco split recently and it has now been claimed that it was due to his problems with drugs

Kaley Cuoco's hot body not easy to achieve
19th September 2015 @ 09:41am
Actress Kaley Cuoco is one of the most beautiful women in the world and she has opened up about how she manages to look so great

Kaley Cuoco's fit body sparks talk of potential 'skin-revealing' scenes
6th July 2015 @ 09:29am
Kaley Cuoco's commitment to getting exceptionally fit has some fans thinking that she is preparing for some sexy, provocative scenes in her upcoming fil ...