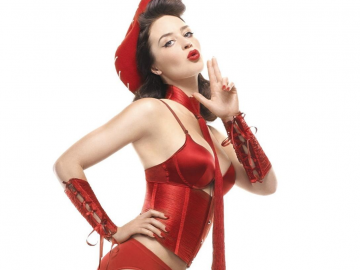 Gisele Bundchen's incredible model 'compete level' is displayed on the cover of W Korea in which she makes jeans overalls look sexy with her very fit physique. 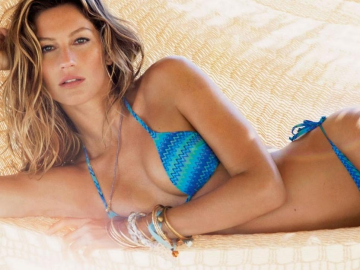 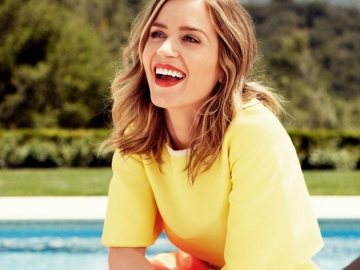 Gisele Bundchen's W Korea cover shows a supermodel still in her prime
27th May 2015 @ 06:19am
Gisele Bundchen's incredible model 'compete level' is displayed on the cover of W Korea in which she makes jeans overalls look sexy with her very fit ph ...

Anne Hathaway raises bar for actors with 'Grounded' & MET Gala appearance
11th May 2015 @ 03:08pm
Anne Hathaway showed why she is considered an elite actress with her preparations for the play 'Grounded' and her sensational appearance at the 2015 MET ...

Anne Hathaway shows off great legs in silk dress at "Song One" film party
26th January 2015 @ 12:44pm
Anne Hathaway was photographed looking very happy with husband Adam Shulman as they went to a private party for their new movie collaboration "Song One" ...

Anne Hathaway reveals 'method' acting as key to "Interstellar" success
6th January 2015 @ 05:41am
Anne Hathaway admits to not being the most 'fun' person during filming of "Interstellar" because she stayed 'in character' even when she was not filming ...

Emily Blunt is leading lady gorgeous in crop-top outfit for "EDIT" magazine
21st December 2014 @ 03:59am
Emily Blunt is in the spotlight thanks to her amazing post-baby body shown in the magazine "The Edit" and praise received from screen icon Meryl Streep.

Tracie Thoms takes 'break' from Hollywood to act on stage in "Lost Lake"
10th November 2014 @ 03:25pm
Tracie Thoms loves the theatre and the opportunity to go back to her 'acting roots' to act alongside John Hawkes in the play "Lost Lake" was too good to ...