There are certain actresses in Hollywood these days, who seem to bag all of the top movie roles going, so much so that it gets to the point where we start to feel like we are seeing far too much of them and that we have actually had enough of them being in pretty much every movie going. Then there is the opposite side of all this, where there is an actress who we absolutely love and enjoy seeing every time they are on the big screen, yet the problem with this is the fact that they are rarely appearing in any new movies, which just leads to us craving them even more and loving them more than ever.

Which brings us to one of our favourite actresses in the business today, the beautiful and talented Australian babe Yvonne Strahovski, who has been working in the US for quite a few years now and has enjoyed plenty of success in Hollywood. With that said though, while Yvonne has appeared in plenty of movies over the years, she does not really appear on the big screen enough for our liking. Yes, we do get to see plenty of the stunning star on our television screens but we would love to see her starring in more movies and here we are going to show you exactly why we are such big fans. We hope you like it! 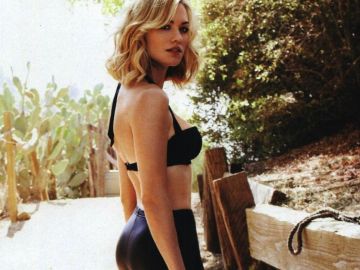 Yvonne Strahovski joins Olivia Munn and co. in the new movie The Predator 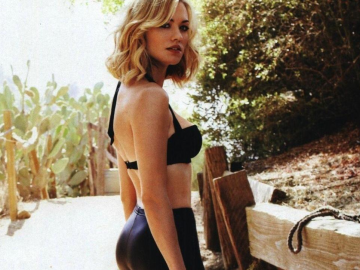 Which actress should be cast in the role of Batgirl in the DCEU? 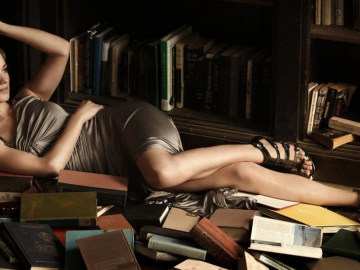 20 reasons why we want to see more of Yvonne Strahovski on the big screen
29th March 2018 @ 06:17am
There are certain actresses in Hollywood these days, who seem to bag all of the top movie roles going, so much so that it gets to the point where we sta ...

Yvonne Strahovski excites with new TV and movie projects
10th October 2016 @ 01:36pm
Actress Yvonne Strahovski has been working in the acting industry for many years and she has a number of new acting projects coming our way

Yvonne Stravhoski is a busy Aussie beauty
21st October 2015 @ 01:42pm
Australian beauty Yvonne Strahovski, has had nothing but successes in her movie and TV credits, which includes 24: Live Another Day, Dexter, Chuck, and ...

Yvonne Strahovski, Emily Blunt, Katheryn Winnick: Who will star in Marvel's Captain Marvel movie?
13th August 2015 @ 11:59pm
There are a lot of names being linked to the role of Carol Danvers in the Captain Marvel movie and here we take a look at a few of them

Yvonne Strahovski to replace Chris Hemsworth as Thor in Marvel Cinematic Universe?
3rd March 2015 @ 12:02pm
There has been plenty of talk about a female Thor in the Marvel comics but will we ever see it happen on the big screen?

Yvonne Strahovski and Zachary Levi fans urge Chuck reunion
4th February 2015 @ 08:19pm
With some old shows coming back to our screens many fans have been calling for a new Chuck season to happen