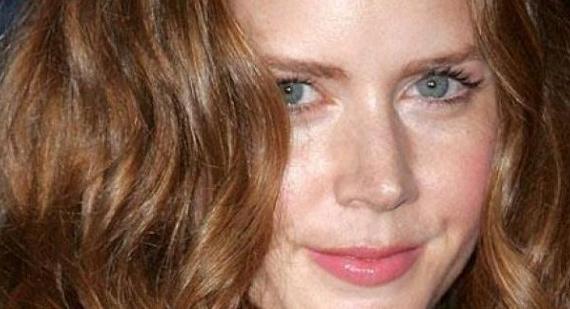 Amy Adams wants to spend more time with her daughter

Amy Adams has a long and in-depth interview with the LA Times discussing her career at this stage in her life, and her two new movies in theaters, ‘The Master’ and ‘Trouble with the Curve’.  When talking about her career and roles, she says, "I like to try different things to challenge myself and see where I feel comfortable.  I do love doing drama, because I really like being able to explore deeper depths of the human psyche. Not that you can't do that in comedy. I wouldn't say I like drama more than comedy."

She also talks about how she’d like to spend more time with her daughter rather than concentrating completely on work,  saying, "I'd like to focus on more time with my daughter.  My idea was to work a lot when she was young, and when she started to be more aware of what was going on, I'd do less. She's a little less impressed with me working all the time now. Her lips are starting to turn down when I leave."

However, she also adds that, “I have scripts I like and people I want to work with. I know this can be a fleeting time, and I want to take advantage of as much as I can. But I also want to move forward and achieve a little more balance. I don't want to look back with any regrets."

Both ‘The Master’ and ‘Trouble with the Curve’ are currently in theaters.

Amy Adams cleavage kept in check by daughter
12th December 2016 @ 12:49pm
Amy Adams says that her daughter makes sure she does not show too much cleavage on the red carpet

Amy Adams credits her red hair for her successful Hollywood career
10th November 2016 @ 08:37pm
Amy Adams has been talking about how her hair colour has had an impact on her acting career