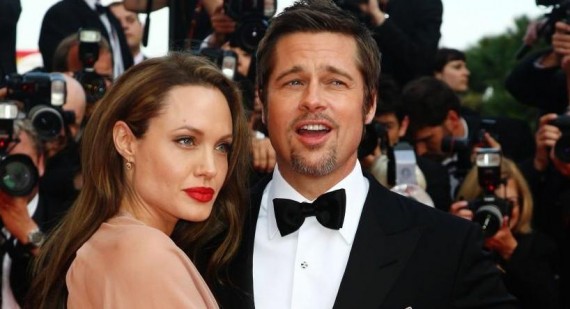 Hollywood actress turned director Angelina Jolie wept yesterday, after receiving a standing ovation at the premiere of her movie In the Land of Blood and Honey, in Sarajevo, Bosnia. Angelina was joined by her husband Brad Pitt for the screening of the movie about a Serbian woman and a Bosnian soldier who fall in love during the war in the region in the 1990s. Many of the people at the screening had experienced the war, which made the standing ovation even more meaningful to Angelina.

Jolie explained, "To see you receiving it so well means the world to me. I feel so deep for all of you in this country. I feel very strongly about the film and I believe that its core issue - which is the need for intervention and need for the world to pay attention to atrocities when they are happening - is very, very timely, especially with things that are happening in Syria today.”
She added, "It is very important that this film is out at this time. If this film points the finger at anybody it is the international community, so I hope it remains a wake-up call for them." Angelina Jolie has previously praised the Bosnian cast of In the Land of Blood and Honey, for teaching her as much, and if not more than she could have imagined.
200 Fan Uploads: Angelina Jolie and Gallery