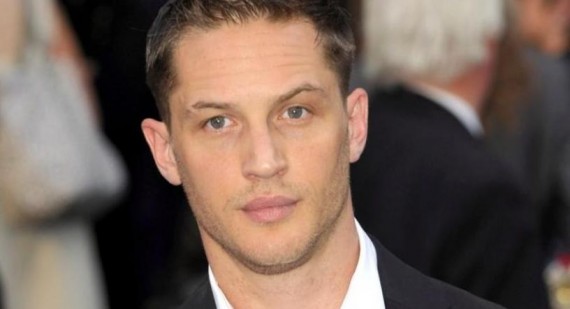 Batman villain Tom Hardy has revealed his weakness, telling Esquire magazine what left him in more pain than he'd ever felt before.

The Bane beefcake admitted that it was in fact his infant son who left him in more pain than he'd ever experienced before.

The 'Warrior' actor was accidentally kicked in the testicles by little Louis, who is now four years old, and was left in ''excruciating agony''.

He told Esquire magazine: ''I managed to survive my entire life without getting kicked in the testicles. And then one day I was changing the nappy of my son. It was a sock dance. I put him on his back and he was moving his feet about. I was like, 'Come on', and he brought his heel down - and clipped the top of my left testicle. It took me to the f***ing floor man.

''I didn't see it coming, I was loose. And I took it straight on. I thought, 'Jesus, that's what it's like to be kicked in the balls.' Excruciating agony. And my son is only a foot-and-a-half long.''

Tom was particularly surprised by the pain as he had previously sustained a blow to his manhood that he had expected to cause a lot of discomfort yet felt nothing.

He said: ''When I was doing 'Bronson', I was arse-kicked with six guys pretending to kick the s**t out of me in a cage. Bam, bam, bam and this one guy kicked me in the testicles. It was full impact.

''Time slows down when that s**t happens that's serious. I thought, 'Jesus, I'm going to pass out.' Nothing happened. I didn't feel anything.

''I must have these super-testicles. A year later, my son took me to the floor.'' 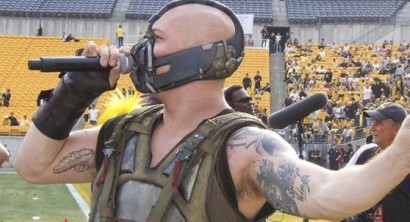