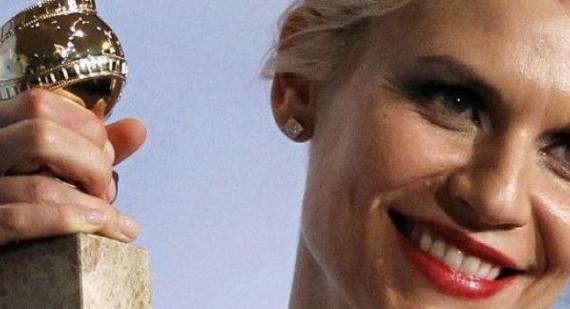 Fresh off his Emmy win, Damian Lewis has an interview with the Los Angeles Times about Homeland and what it represents in the world of television.

When talking about it, Lewis says, “The best shows succeed because they tap into a national conversation.  This isn’t a social document; it’s a thriller. But there are a lot of issues that suffuse the piece and that’s what make it so haunting and scary for people.”

Among those issues, he said, are “the polarization of the political  and economic classes in America, which Carrie, as a bipolar dark soul, sort of represents. And Brody embodies the debate that rages around war.”

Claire Danes, Lewis’ co-star, also talks about the show, saying, ““When people talk to me about the show, they don’t share as many of their impressions in a political sense.  But they talk a lot  about how crazy Carrie gets at the end of the season. It’s like, ‘whoa, she really loses it.’”

She adds, "The show is reflecting on events that we’re still making sense of. But I think it talks about these ideas from a really surprising angle. It’s political and it’s a thriller but it’s also about isolated, complex, screwed-up people and a story about relationships with each other."

Claire Danes surprises with acting and Molly Ringwald obsessions as young girl
24th September 2015 @ 04:56am
Claire Danes likely has put a smile on the face of actress Molly Ringwald with the disclosure that she helped motivate her to become an actress.

Claire Danes hinting at future comedy roles with Master of None appearance
3rd August 2015 @ 05:13am
Claire Danes has fans intrigued with her joining the Netflix show "Master of None" in which she will have the opportunity to display her comedy skills.