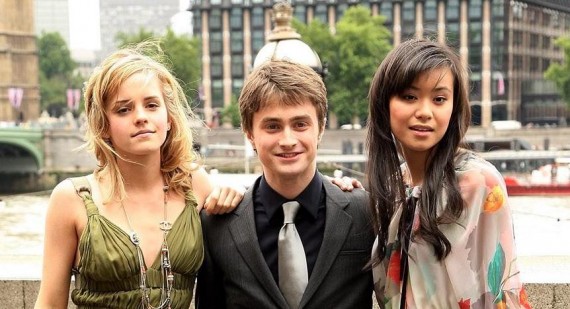 Daniel Radcliffe has been named Entertainer of the Year by 'Entertainment Weekly' magazine.

The 'Harry Potter' star was honoured with the accolade, which was won by country singer Taylor Swift last year. The publication's editor Jess Cagle described him as "the nicest guy with one of the brightest futures in Hollywood. There's nothing he can't do. Ultimately there was one person who made the most sense".

Jess revealed Adele was a close runner-up for the accolade, but she praised Daniel's ability to avoid some of the pitfalls of fame. She added: "He's really interested in doing the work. Despite all his wealth and fame as a teenager, he never derailed. He was never busted. Never went outside without his panties on."

Daniel's win comes after he was named the wealthiest British star under 30 by heat magazine last month after earning almost £52 million. The 22 year-old, who has been appearing in a Broadway production of 'How to Succeed in Business Without Really Trying', retained top spot in the list and his fortune increased by £6.1 million from last year's figure thanks to his starring role in the final two movies of the fantasy franchise - 'Harry Potter and the Deathly Hallows' - Parts 1 and 2.