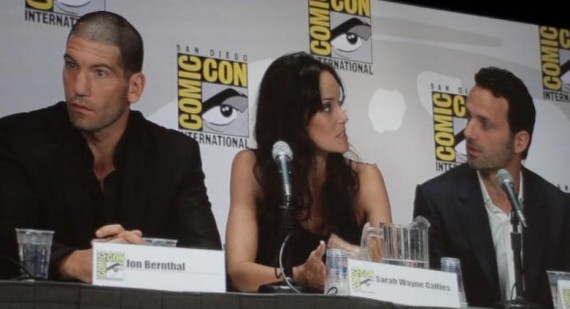 David Morrissey in filming for new villain, The Governor, in hit US show, The Walking Dead.

David will make his debut as the infamous character, who is the vicious ruler of a small settlement of survivors, in the AMC drama's third season. Commenting on The Governor's role in the show, Robert Kirkman - the creator of the original Walking Dead graphic novels - said: "Seeing The Walking Dead come to life on AMC has been a real thrill for me, obviously, and moving into season three I'm even more excited than ever because now I feel like we're really getting to 'the good stuff'".

Robert continued: "Having The Governor in the mix is going to fundamentally change the show in all kinds of awesome and exciting ways. And David Morrissey totally rocks."

"He's definitely going to be a very important character and a very nuanced character. We are not going to be watering him down."

David previously stated that he intends to make the character of The Governor his own.

The Walking Dead season three will air on FX in the UK later this year. We can't wait! 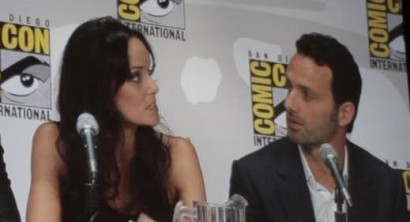 200 Fan Uploads: The Walking Dead and The Governor Gallery

26 Lauren Cohan pics proving she is bigger and better than The Walking Dead
7th February 2018 @ 02:18pm
There have been many different television shows over the years, which have started off very strong, built a huge fan base all over the world, going on t ...

Andrew Lincoln to swap The Walking Dead for Star Wars?
24th October 2017 @ 09:43am
Andrew Lincoln has admitted that he would love a role in a Star Wars movie