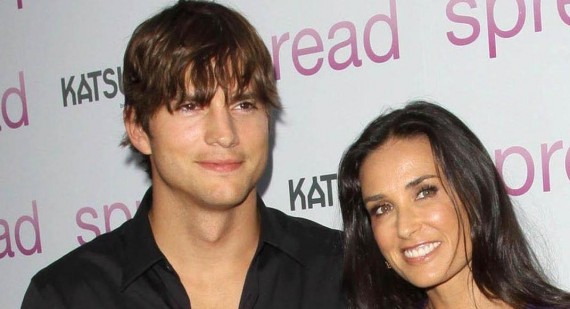 Demi Moore has been accused of physically attacking a photographer after an altercation in Los Angeles.

The Ghost actress  reportedly lashed out at the enthusiastic journalist when he tried he confonted her leaving a nail salon. According to law enforcement sources, the photographer claimed that Moore shouted imdecent language at him before lunging for his camera.

"Demi was crazy; she was totally losing it," he said. "I was just standing on the sidewalk, trying to get a few shots of her and she was going completely mad. She tried to jump on me and swipe my camera."However, TMZ, has allegedly seen images of the incident which show that the photographer was "way too close" to Moore. The unidentified man is also said to have no visible injuries.

Media interest in Demi Moore has hightened following the reports that she has seperated from husband Ashton Kutcher, who allegedly cheated on her with 23-year-old Sara Leal.

Demi Moore excites fans with bikini body at Father's Day pool party
26th June 2015 @ 10:39am
Demi Moore has some entertainment fans in a state of disbelief about her spectacular appearance in a bikini at her home on Father's Day.