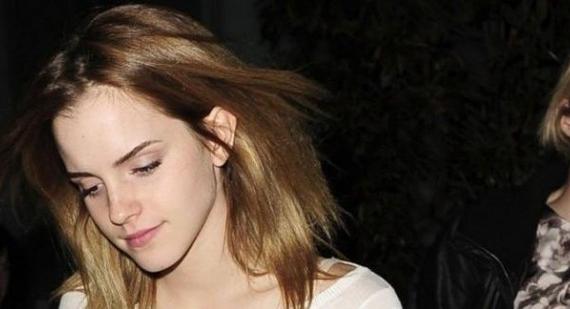 Emma Watson says 'it makes her nervous' to date another actor

Emma Watson is as down-to-earth as it can get, considering she is one of the most famous actresses on the planet.  After starring in the internationally beloved Harry Potter franchise, becoming the face of Burberry, and then getting into Brown and Oxford for her undergraduate, Watson opens up about her first real post-Potter role, her life outside of acting, and how people reacted to her hair cut - all in an interview as Glamour's October cover girl.

On chopping off her long hair after 'Harry Potter':
"The majority of boys around me were like, 'Why did you do that?' But I never felt as confident as I did with short hair." 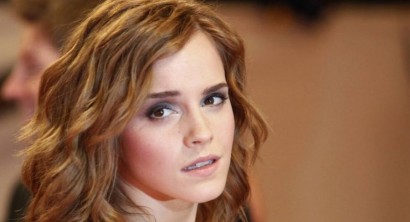 On seeing herself on-screen in 'Perks' as not-Hermione:
"It was a pretty emotional experience! I have to say, I cried a lot the first time I watched it."

On her character in 'The Perks of Being a Wallflower':
"Sam's real. She has insecurities and a past. She's very human, and that's what drew me to play her. There are just so many teenage roles that don't have very much to do with what it's actually like to be a teenager."

On not wanting to date another actor:
"I try not to. It definitely makes me nervous. I haven't tried to make others celebrity friends or date people who are in my industry, because it's difficult and it can be really superficial. I'm lucky that most of the people I've dated I've been at university with."

On her physical qualities receiving positive attention as of late:
"I was always the smart, nerdy one. People put you in boxes, and that was my box. So it's really nice [the compliments], but looks have never been something that I focused on or that people around me did. But I liked being nerdy one."

Perks of Being a Wallflower releases September 21st.  Watson also has a number of films coming up – the first of which will be Noah, a biblical retelling of the tale of Noah, also starring her Perks co-star Logan Lerman, along with Russell Crowe and Jennifer Connelly.  She also has the ‘Bling Ring’, a film by Sofia Coppola which she finished shooting recently.  In addition to that, Watson is hoping to finish her schooling at Brown along with the rest of her classmates next year, and also continue acting

Harry Potter magician talks real world magic
9th August 2019 @ 12:49pm
The man behind the magic has been talking about his input on the world of Harry Potter