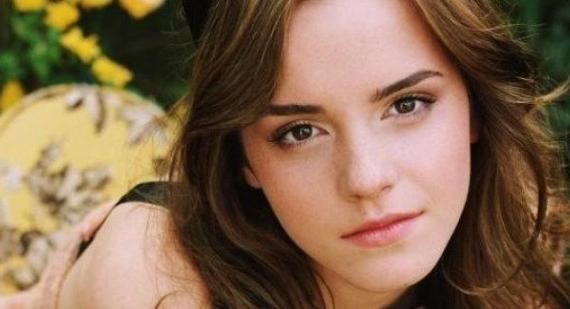 Emma Watson, in the midst of promotion for 'Perks of Being a Wallflower' sat down for an in-depth interview with Scott Feinberg from the Hollywood Reporter.  Among the other topics, they also discussed how Watson is moving on from Harry Potter as well as the difficulty in getting "Perks" made, even with her and Logan Lerman attached to the script.

First, Watson is asked about the positive factors of being part of the Potter franchise, and the things she learned and experienced as Hermione.  She replies in detail, and speaks about the positives being learning from so many thespians, but the negatives having been growing up in front of the world.  "Yeah, no, it’s funny, I mean I say that there are positives and there are minuses about my experience. The minuses first. Let’s go bad and then good. The bad is that what most actors and actresses do behind like closed doors, kind of like slowly but surely figuring themselves out, making mistakes, getting better, you know, all that stuff, I did with the world watching......But then of course the plusses are that now honestly every movie set I go on, I walk onto set with the confidence that there is nothing they can throw at me that’s going to surprise me. I mean I’ve done scenes with animals, with owls, with bats, with cats, with special effects, with thespians, in the freezing cold, in the pouring rain, boiling hot, you know. I’ve done press with every syndication, every country. I’ve done interviews with people like dressed up as cows. 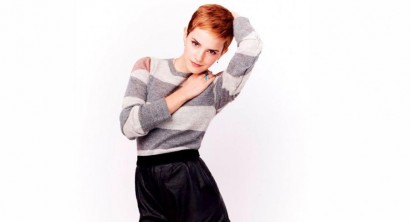 Watson also talks about how hard it was to first get the movie made, considering that it had many 'taboo' subjects that studios didn't want to involve themselves in.  However, she says that she went to LA and ended up personally pitching the movie to most of the major studios, and Summit Entertainment ended up deciding to finance the film.  "Well, I mean, the movie has some difficult, and pretty much taboo, issues in it. Like no one wants to make a movie that has… you know they hear the word child sexual abuse, and they’re like ‘Oh, no. We are not going there. That’s not for us. Thank you very much, but we’re not interested.’ So, I flew myself to LA and I sat down with everyone, with Disney, with Paramount, with Warner Brothers, with everyone. And they’re all like ‘What movie?‘ and I was like ‘I really want to make this movie Perks of Being a Wallflower’ and Summit were the ones who were like, ‘Alright, we’re in, we’re going to go for it.’ So, yeah, it was really nice for me to see that I could change the course of a thing slightly."

'Perks of Being a Wallflower' definitely has a very passionate fan base from the book, so it's slightly a surprise that it took so long for a studio to sign on.  Of course, with Lerman and Watson attached, the process was probably made easier, but fans of the book should look forward to the movie considering it's also directed and written by the same person who wrote the book, Steven Chbosky.  Watson is also doing promo rounds this week for the movie, and can be seen on Kelly & Michael, Jimmy Fallon, David Letterman, and Anderson Cooper's show.