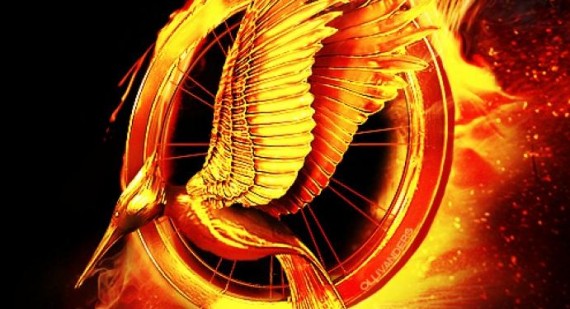 Fans Share’s Most Anticipated Movies of 2013 2012 bested 2011 in terms of overall domestic box office sales, but will 2013 continue the same trend?  Although there aren’t as many ‘event’ movies, there are still quite a few sequels and big name originals that should draw moviegoers to the theater.

As our most anticipated movie of the year, Catching Fire not only takes top pick because it’s the sequel to the third highest grossing movie of 2012, but also because it manages to take the story in ‘The Hunger Games’ and up the ante to a whole another level.  With the main cast returning to their roles, the scripts written by two Oscar-winning screenwriters, and additions to the cast in the form of Philip Seymour Hoffman and Jeffrey Wright, the film looks on pace to exceed its predecessor both in box office grosses as well as critical acclaim.  Keep your eyes out for a trailer for ‘Catching Fire’ to release soon, especially now that they’ve wrapped filming and have started post-production. This movie has been shrouded in secrecy pretty much from the beginning, but ever since the trailer’s been released and the first ten minutes of the movie screened in IMAX, we have started to learn a little bit more about the plot.  And everything we see or hear just confirms our beliefs that Benedict Cumberbatch will make the most kick-ass villain ever in what promises to be a career defining role for him.  Although there is still plenty of debate about whether Cumberbatch actually plays John Harrison or it’s just a ruse to trick us, the trailer promises to be just as exciting and a lot darker than the first film. We’ll be counting down the days to this one’s release. The fact that this is from Chris Nolan should give you an idea of the type of film that it’s going to be.  This is not your father’s Superman, but rather an entirely new take on the man of steel.  The trailer was beautifully evocative of Batman Begins [although I’m still not sure why they decided to use Lord of the Rings music], without a trace of director Zack Snyder’s influence.  Which, honestly, can only be considered a good thing after the disasters that were ‘Sucker Punch’ and ‘Watchmen’.  The cast is also stellar, and in addition to Nolan’s involvement, pretty much assures that the script was incredibly strong and that the product will be a fantastic iteration of the Superman legend.

4. The Hobbit: The Desolation of Smaug The second part to the Hobbit Trilogy, expectations haven’t been dampened by the lukewarm reaction to ‘The Hobbit: An Unexpected Journey’.  Despite mediocre reviews and a box office that hasn’t come close to matching The Lord of the Rings trilogy, fans of the Hobbit and movie-goers alike awarded the Hobbit with a strong cinemascore, indicating that they enjoyed it.  And the second film not only increases the stakes, but introduces Smaug – one of the most interesting parts of the book, and should be equally as compelling on the screen. Elysium is one of those rare movies that we know next to nothing about less than a year before its release.  The fact that its Neill Blomkamp’s first movie after ‘District 9’ is reason enough to be excited, but when you add in Matt Damon and Jodie Foster [in an antagonist role], you get a movie that you cannot miss.  Although we haven’t yet received a trailer, the premise, which deals with the wealthy living in a space station and the poor living on a ruined Earth, sounds very promising, with the same kind of social and political undertones that ‘District 9’ dealt with so well. Despite Iron Man 2 leaving somewhat of a sour taste in our mouths, the trailer for Iron Man 3 looks like it’s back on track.  For fans of the movies that don’t follow the comics, the film seems to be exploring the Extremis storyline.  That means that the film will definitely be darker than the previous two Iron Man movies, but those who are familiar with Extremis also know that this leads to huge potential for the movie to be absolutely amazing if done right.  And the trailer so far indicates they’ve done it right. Releasing on March 29th, just two weeks after the release of ‘Oz: The Great and the Powerful’ and the same weekend as ‘GI Joe: Retaliation’, The Host has its work cut out for it.  However, it has three things that those other two movies do not: it’s directed by Andrew Niccol, it stars Saoirse Ronan, and it’s adapted from a Stephenie Meyer novel.  And despite what is often said about the Twilight Saga and its author, we would like to point out that ‘The Host’ is a whole different ballgame. Yes, it features the requisite romance, but it’s done in a way that hasn’t been done before, and it also features some cool visuals and an interesting sci-fi premise that should draw in casual moviegoers and sci-fi fans alike.  At least, as long as they stop using ‘from the author of the Twilight Saga’ in every promo. Have you seen the trailer?  We shouldn’t have to say more.  Featuring a stellar cast in Jesse Eisenberg, Morgan Freeman, Michael Caine, Isla Fisher, Mark Ruffalo, Woody Harrelson, and Dave Franco, the film features an intriguing premise, what promises to be stunning visuals, and a high-powered game of cat-and-mouse.  Although it’s not a sequel, the cast itself should intrigue the public, and the trailer does a fantastic job of catching people’s attention [as witnessed by this writer in person].

Let us know what you think - will Catching Fire be the biggest movie of the year?  Will it be the year of the sequels, or will an original idea win the box office?

Jeri Ryan's "Against the Wild" movie a potential career game-changer
22nd June 2015 @ 04:21am
Jeri Ryan, one of the sexiest women to have graced the small screen has her fans excited at the prospect of her moving to the big screen.