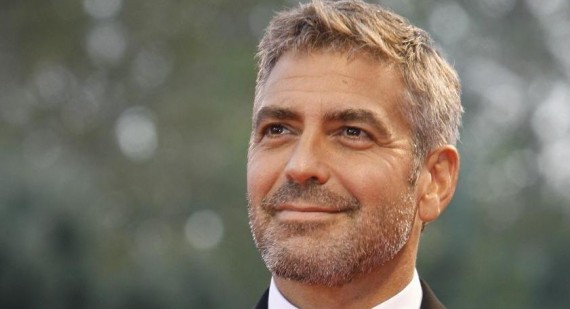 George Clooney finally gets married... in a Norwegian TV advertisement.

Notorious bachelor George Clooney can be seen in the commercial for Norwegian bank DnB NOR, in which he plays the part of a groom the morning after his wedding.  A woman (the bride) wakes up to see a huge ring on her finger and a wedding dress on the floor. She appears to not recall what happened the night before until her husband - George Clooney - enters the room. The actor says, "I like your dress, it looks better off than on," and everything becomes clear!

Women everywhere can let out a small sigh of relief, for now. George Clooney has been seen getting cosy with blonde Stacy Keibler as of late. Watch this space!

George Clooney gives his views on a future in politics
19th October 2015 @ 01:21pm
George Clooney has once again spoken out about the possibility of making the move into politics

George Clooney is a Hollywood veteran still very much in demand
30th September 2015 @ 05:41am
George Clooney has been working in Hollywood for decades now and he is still as in demand today as he has ever been