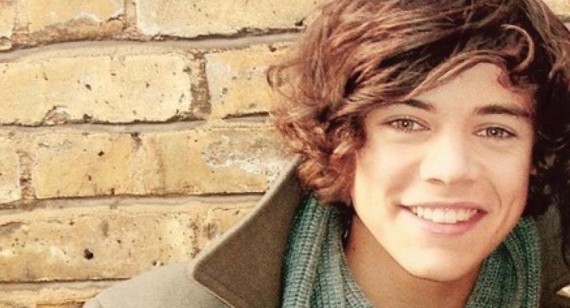 Harry Styles has been a hot topic again this past week after it was revealed that he had enjoyed a fling with a married radio DJ.

The One Direction singer had kept his head down and remained hidden throughout the scandal until yesterday when he emerged from his hotel room.

The curly haired pop star was snapped shirtless by the pool in Fort Lauderdale in Florida looking like he didn't have a care in the world while the affair storm erupted on the other side of the world. It emerged this weekend that 18-year-old Harry had a fling with married Key 103 DJ Lucy Horobin, 32, last summer after she interviewed One Direction for the station.

Harry was just 17 at the time and their relationship soon became common knowledge amongst staff at the station. A former colleague at Key 103 told British newspaper the Daily Mail: ‘Apparently Lucy and Harry hit it off from the moment the boys walked into the studio – it was electric and they were flirting like crazy.'

The source continued: ‘Lucy made it quite clear she fancied him and there was a lot of banter between them both on and off air. It got a little risqué. People knew that Lucy’s marriage was in a strange place at the time and obviously the attraction between her and Harry was mutual.'

Harry and Lucy then met secretly at a hotel in Manchester, where they reportedly spent a night together. The pair then met again in December – after Styles had started dating Caroline Flack – when One Direction returned to the city for another concert.

A source said: ‘I think that was the end of it. By then I think Lucy was determined to mend her marriage and put this fling behind her.’

'He couldn't bring himself to listen to the radio in case he could hear Harry's voice. And he certainly didn't want to open a newspaper in case he saw Harry's face.'

Oliver was said to be 'inconsolable' when he first found out but he decided to try and forgive his wife and make a go of the marriage and they kept the affair to themselves. However, the story later became public knowledge and Oliver told friends: 'I felt like a fool. I felt like the whole world knew what had happened. It could easily have ruined our marriage for a second time, but we've fought hard to save it.' 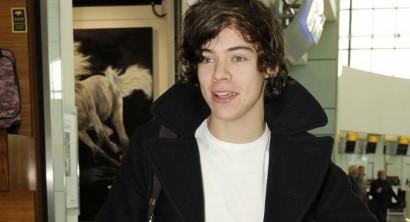 The friend added: 'It's fair to say that the last eight days have been tough on both Lucy and Oliver. Not even their families knew about Harry Styles until the story emerged last week. It was a nightmare to say the least.'

And although he and Lucy are working things out and trying to move on, Oliver told friends he will never forgive Harry and said: 'Why should I feel anything but hatred for this little scumbag?'

However, Harry has denied that he knew Lucy was married and one of his friends said: 'To him it was clear Lucy had separated from her husband. He had no idea she was still married.'

Yesterday he was making the most of his last day in the States before the band performed their final gig of their hugely successful Up All Night tour in Sunrise, Florida.
200 Fan Uploads: Harry Styles and One Direction Gallery