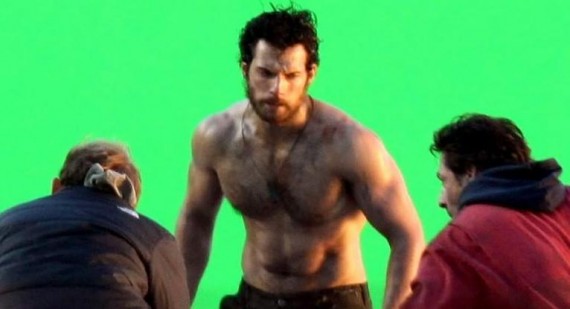 Henry Cavill was not everybody’s first choice to play to roles of Clark Kent and his alter ego Superman in the reboot of the franchise, with the movie Man of Steel. However, as the time has passed and we have had more and more material on the movie coming to light, people have started to take to Henry. Henry has revealed how playing both Clark Kent and Superman have come with their own difficulties but have also been relatively easy at the same time.

Cavill explained, "Both are difficult and easy to play in their respective ways. Essentially, yes, one is a disguise but the one that's not a disguise is so unreal that brings difficulties of its own with it. Overall, there's no one that's easier or less easy than the other. It is a lot of fun having two characters in one role which are so intertwined with each other. It's the same person, definitely, but it's the presentation. And that is fun."
Henry Cavill can be seen in his portrayal of Clark Kent and Superman when he appears alongside Amy Adams, Russell Crowe, Michael Shannon, Kevin Costner, Diane Lane and Laurence Fishburne, in Man of Steel, which is set to be released on June 14, 2013.
200 Fan Uploads: Man of Steel and Gallery