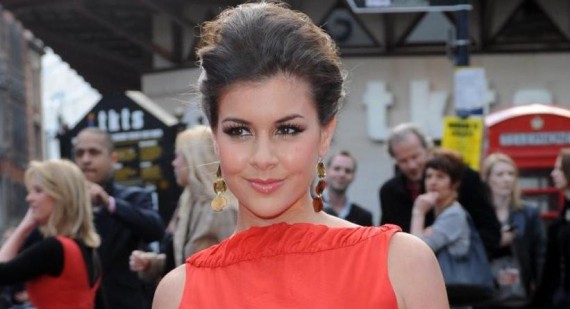 Reality TV star and model Imogen Thomas has given birth to a baby girl. 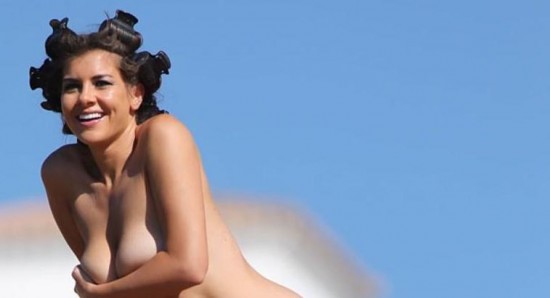 Imogen was formerly a glamour model
The Big Brother star delivered her first child on Monday morning (11 Feb). Imogen didn't know whether she was having a girl or a boy, but was pleased with arrival of a baby daughter, which is what she wanted.

Imogen, 30, had a C section at 10.45am this morning, and has named her bundle of joy Ariana Siena Horsley.

A spokesman for the former glamour model told MailOnline: 'Mother and baby are doing really well and are both healthy. Imogen is pleased as she wanted a daughter.'

Ariana weighed in at a healthy 6lb 2ozs and was delivered by a planned Caesarean section after doctors advised her that the baby was in breach position - meaning that she had not turned properly.

It was a reluctant C Section for Imogen, who admitted recently that she was disappointed that she would not be able to give birth naturally as she had wanted to.

She tweeted: 'My date is booked for a c section! Eeekks! Nervous excited mixed emotions! Can't wait to meet my baby xxxxxxxxxxxxx.'
Imogen was quick to put straight her followers who criticised her for opting for the easy way out, saying: 'For those of u criticising me for having a c sec...the doctor says I have to as my stomach muscles r too strong to turn baby.'

Imogen had told New! magazine of her preferences, saying: 'I'd prefer a normal water birth because I've mentally prepared myself for it and giving birth must be the most painful but wonderful experience ever. I'd like to be able to go, "Is it a boy or girl?" and then pull my baby towards me. I think it's a mother's instinct. But then again, the baby's been breach the whole time - it's not moved at all. I still keep getting kicks down my lower belly, so really I don't mind as long as it comes out healthy.

Imogen announced last August that she was expecting her first child with her Australian broker boyfriend Adam Horsley. The couple were not living together at the time as they had only been dating for just under a year, but they finally moved in together just before Christmas - in time for Ariana's arrival. 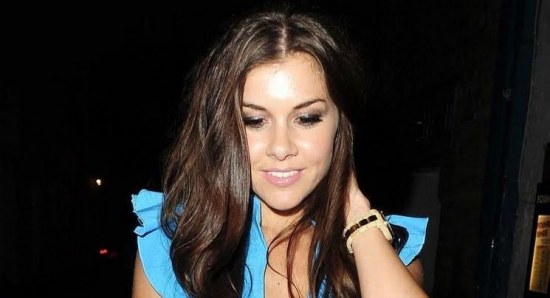 Imogen is pleased she has had a girl
200 Fan Uploads: Imogen Thomas and Siena Gallery