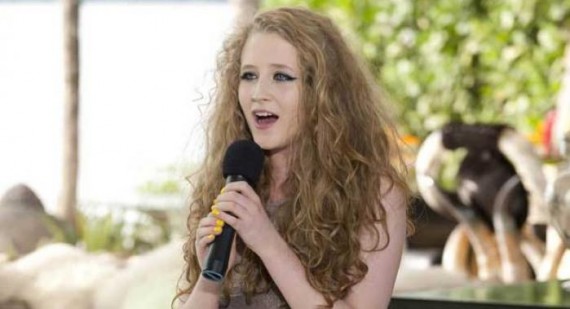 Now as you probably know, I am not the biggest fan in the world of reality TV shows but I am fast becoming a fan of Janet Devlin from The X Factor. She is awesome. I could listen to that girl sing all day long and it seems as if many other people could too.

During Janet's judge's houses performance of Christina Aguilera's Beautiful you could hear a pin drop as everybody stopped what they were doing and were silent throughout. Even Kelly Rowland pointed to this fact and admitted that Devlin has set the tone for the rest.

However, Kelly did state that she wants Janet Devlin to come out of herself a bit more. I think this will come with time as she is still just a shy 16 year old girl from a small village in Northern Ireland. I am sure that as she grows with the show she will become more confident and the best is yet to come from this singing sensation.

The competition was huge but Janet Devlin proved she is head and shoulders above the rest. Arriba!!