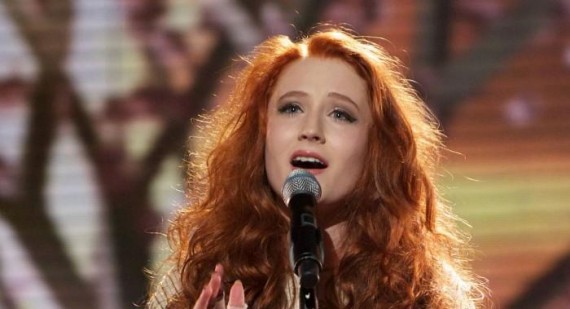 Luck of the Irish runs out as Janet Devlin is given the boot on the X Factor.

The seventeen year-old battled it out in the sing-off with Misha B failed to win over the judges’ vote with her unique twist on Snow Patrol classic Chasing Cars.

Kelly Rowland was devastated at being forced to choose between her acts and in the end it seems Janet received the majority vote, depite her mentor voting. Kelly  paid tribute to the singer and said: “Janet’s audition goes down in the histroy as being one of the most show-stopping performances. She has a unique voice… She’s a star.”

On Saturday night Janet forgot the words to the Hanson track 'Mmmbop' with judges describing the performance as “mediocre”. Tulisa Contostavlos had told the young star: “You know the mistakes you made, I found it mediocre at this stage in the competition. You are capable of more.”

But her rendition of Red Hot Chili Peppers classic Under the Bridge helped to regain some of her reputation with the judges. Kelly defended her: “You had a rough start…I’m so proud of you. I was a lot happier with that.”

Little Mix, Misha B, Marcus and Amelia Lily are through to next Saturday’s X Factor semi-finals.

Janet Devlin discusses direct to fans album
8th November 2012 @ 11:47am
Janet Devlin is quite possibly one of the most unique acts to appear on The X Factor in recent years and was bound to get plenty of offers once she left ...

Janet Devlin’s debut album launched
29th October 2012 @ 03:32pm
Former X Factor contestant Janet Devlin has begun her attempt at making it in the music industry as a solo artist, off the back of the hit singing compe ...