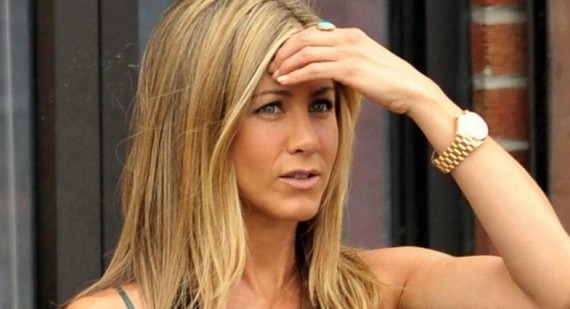 Jennifer Aniston is happy for Angelina Jolie and Brad Pitt

Despite several years of rumours that Jennifer Aniston felt animosity towards ex-husband Brad Pitt and Angelina Jolie after they fell in love while they were still married, the former Friends star is reportedly happy for the pair now that she is loved up with boyfriend Justin Theroux.

A source told HollywoodLife.com: 'Jennifer is happy for Brad and Angelina. She is so in love with Justin, that she is really grateful how things turned out. In a strange way if it weren't for Angelina, Jennifer would not have connected with Justin in a romantic way. Jennifer is in a really wonderful place right now.'

Brad, who was previously married to Jen for five years, and Angelina, who was married to both Jonny Lee Miller and Billy Bob Thornton for three years, finally became engaged this week after years of speculation. The Hollywood couple are now said to be planning a move to the Richmond in Surrey, where they have been photographed with their six children several times in the past.

And as for the wedding venue? A source told The Sun that it could possibly be the UK: 'They loved it when they were in the UK last year. They like the culture and are happy for their children to receive schooling here. They think Richmond is a beautiful part of the world.'

After news reached fans that the pair had decided to get married, Angelina and Brad confirmed the news with a statement from his manager Cynthia Pett-Dante, saying: 'Yes, it's confirmed,' adding: 'It is a promise for the future, and their kids are very happy.' 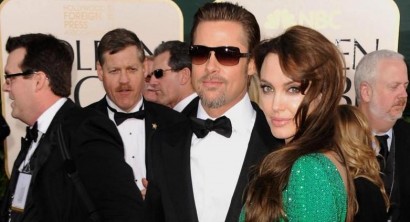