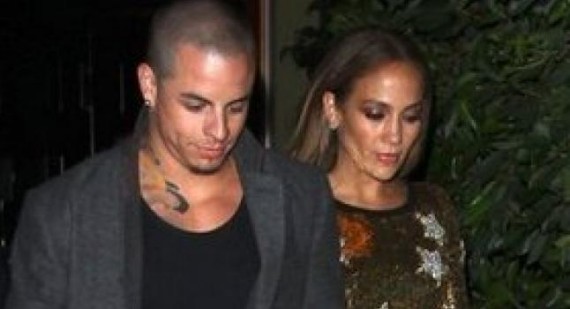 Jennifer Lopez's toyboy boyfriend Casper Smart has once again been subjected to rumors about his sexuality, after he was reportedly spotted at a “gay cruising spot” on the singer's birthday.

25 year-old back up dancer Casper was allegedly seen entering the X-rated adult peepshow only hours before joining Jennifer for her 43rd birthday celebrations, and according to sources it wasn't his first visit to the spot.

"This is a gay cruising spot," a man at the peepshow told a reporter for Star magazine.

"You go into the booths, then you get all kind of tapping on the wall and propositions. It's like zombies."

With a peepshow regular adding: “Yeah, I've seen him. He was in here about three weeks ago."

Earlier this year the dancer, who has been seeing Jennifer for around eight months, denied allegations that he was gay - allegations that were made by fellow back-up dancer and 'Step Up 3D' co-star Joshua Lee Ayers, who claimed Casper engaged in “low key homo ways”.

There was also speculation that Casper may have been at the New York City haunt to pick up something sexy for his girlfriend's birthday. Both Jen and Casper's reps denied the allegations, telling RadarOnline: "Casper is not gay. These comments are born from envy and jealousy." 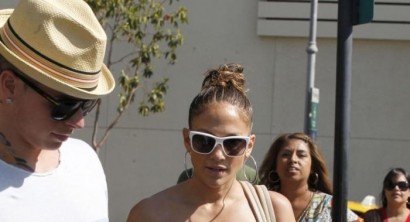 Kylie Jenner opens up about her finances
26th June 2019 @ 07:34am
Kylie Jenner has become a very rich woman and it seems like she is very happy to talk about it.