News » John Cryer: Two and a Half Men is more of a ‘partnership’ with Ashton Kutcher 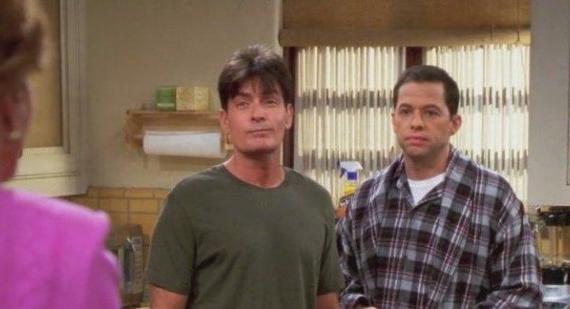 John Cryer: Two and a Half Men is more of a ‘partnership’ with Ashton Kutcher

John Cryer surprised the world when he won an Emmy for his portrayal as Alan Harper in the hit CBS show, ‘Two and a Half Men’.  In an interview with the LA Times, he talks about winning the Emmy, and how his experience on the show changed when Ashton Kutcher replaced Charlie Sheen as the lead on the show.

He says, “"When Charlie and I were going on the show together, the show really rested on Charlie.  The show was really structured around his character, so it was silly for me to be in the lead character [category]. That’s changed. It’s more of a partnership.”

He also compares his chemistry and working with Sheen compared to working with Kutcher, saying, “With Charlie it was automatic, we never had to think about.  Ashton and I are always working on it. And that’s fun. We rehearse a lot more. It’s a blast."

He also adds that this whole ride has been a blast, especially after remembering that he was doubtful whether the show would continue after Sheen left.  He says, “That it has [continued] is amazing to begin with,” he added. “And that this has happened [referring to his Emmy win] is ridiculous.”