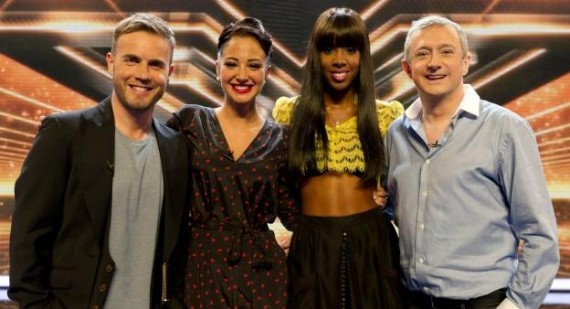 Jonjo Kerr, James Micheal, 2 Shoes and Amelia Lily are the first acts to be voted off The X Factor.

The foursome were eliminated from The X Factor by their mentors Louis Walsh, Gary Barlow, Tulisa Contostavlos and Kelly Rowland as part of the weeks big twist.

Jonjo was the first to learn he had been evicted and admitted: "I could have done better." His departure was followed by James who tearfully vowed to "carry on with music."

When Tulisa came to vote, she left Nu Vibe and 2 Shoes to the end, but saved Nu Vibe admiiting she knew they could do better then lasts nights perfromance. The Essex duo claimed they were "so proud to get this far" and that the experience had "brought them closer then ever."