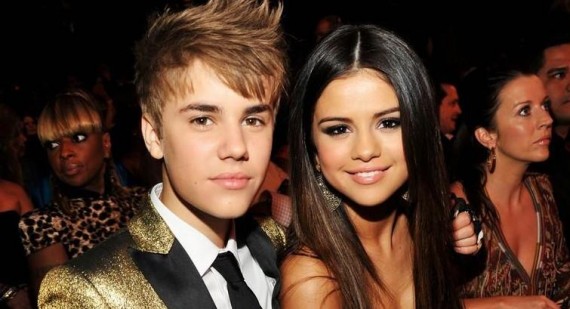 After a couple of weeks without each other, Justin Bieber and Selena Gomez looked completely wrapped up in each other as they were reunited for a date night at the basketball. But Selena and Justin's courtside kissing was interrupted when a young fan asked them for a photograph and stuck around to chat and give the pair a hug. 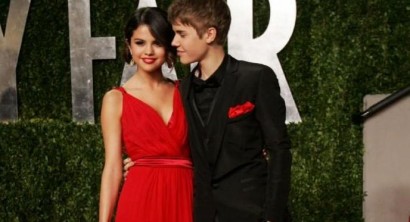 The polite young celebrities were only too happy to oblige as they high-fived the cute little lady and posed for a photograph. Afterwards, the couple only had eyes for each other for the rest of the game and, although they've only been apart for a couple of weeks, a fortnight is clearly a very long time for the couple who seemed very much in love.

And they made sure the world could see just how happy they were to see each other as they kissed and rubbed noses much to the delight of their fellow Lakers fans. They were joined at the game by actress Charlize Theron who brought her mother along with her, and Salma Hayek.
Selena and Justin were last seen together earlier this month in his flash sports car at a Chick-fil-A drive through in Hollywood. They have both been very busy with their work commitments; As Justin promotes his new single Boyfriend, Selena has been busy filming scenes for her new movie Spring Breakers in Florida. 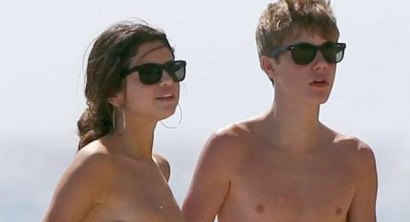