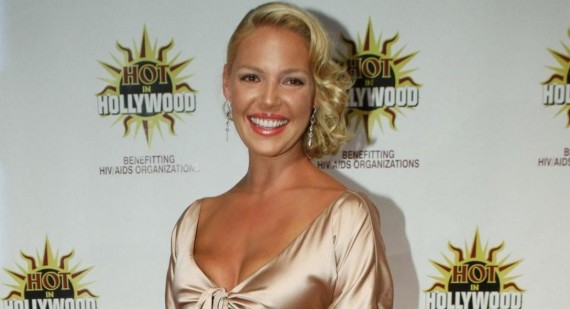 Katherine Heigl is a fierce advocate for adoption, having first adopted daughter, Naleigh, from South Korea in 2009, she has now adopted a second daughter, Adalaide Marie Hope.

The Knocked Up actress, 33, and her rocker beau Josh Kelley, 32, adopted the baby girl last month, but have not revealed the meaning behind her name - but it's likely to be sentimental. Naleigh is a hybrid tribute to Heigl's mother Nancy and sister Margaret Leigh.

Katherine has recently admitted that she was 'overcome with emotion' when she met Adalaide for the first time. The 27 Dresses actress and her singer/songwriter beau, Josh, were 'bouncing off the walls with excitement and anticipation' as they waited to hear about the birth. 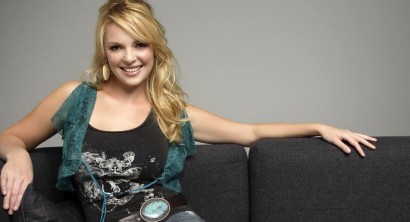 And Katherine was reduced to tears when the child was placed in her arms. Speaking in an interview with the UK edition of HELLO! magazine, Katherine said: 'I don't cry easily or often but I'm not gonna lie, this was one of those moments where you can't help but be overcome with emotion. There were some tears and lot of giddiness and joy. The moment they put her in my arms I just felt an overwhelming sense of awe and wonder that this perfect little being was our daughter.'

The couple waited to welcome Adalaide into their family until they felt it was the right time. Speaking about adoption, Katherine said: 'I've always known I wanted to adopt and I fell in love with a man who was happy to have a family that included it ... I've never felt that there were any rules that applied to how you have a family.'

Katherine's secret cross-US adoption of Adalaide was organised with the help of the family nanny, who sat several rows behind them on the flight home with the newborn to avoid suspicion. Katherine and Josh - who met in 2005 when she appeared in his music video Only You - are now 'in negotiations' over how many more children to have. She admitted: 'I'd like two more, he thinks three's a nice number, so we'll see!'
200 Fan Uploads: Katherine Heigl and Gallery

Katherine Heigl discusses her pregnancy issues
29th September 2016 @ 05:41am
Hollywood actress Katherine Heigl is expecting a baby and she has spoken about how it is affecting her work