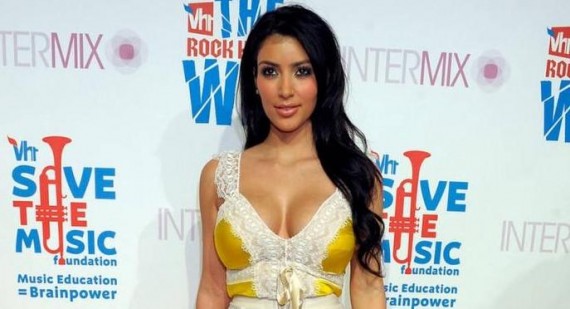 Kris Humphries tells Kim Kardashian: 'This is disgusting and disrespectful'

Kris Humphries and Kim Kardashian were seen coming to blows last night as the season premiere of Kourtney & Kim Take New York aired on U.S. television. In the hour-long show, viewers see Kris left incensed after walking in on Kim, her sister Kourtney and friends taking part in a naked yoga session. Kim remained fully clothed, but her male instructor is completely naked. Kris walks in and yells: 'That is disgusting. 'This is my home. This is disrespectful.'

Kim shouts back 'You are so immature I can't take it.'

'You can't take it? I can't take it...I felt uncomfortable when I came in. I nearly threw up,' Kris responded.

But things get even more personal when Kris tells Kim he can no longer live with Kourtney, who was the one who organised the naked yoga session. 'Kourtney cannot live with us anymore. I will personally pay for her to have a room on a different floor.'

However, the end it is Kris who leaves - and heads to Minnesota, expressing concerns that his New York lifestyle is getting in the way of his training routine.

After the pair both cool off, Kris concludes: 'Mason's play pen is five yards from my room. Naked yoga dudes. I think I am going to go to Minesota and get ready for the season and just train and stuff.'

'I don't really know what to say,' replies Kim. 'I just don't really get it, we're going to live separate and stuff.'

Kris tries to reassure her: 'I love you - just don't get upset with me.' Later Kim tells the cameras about Kris moving out just days after they arrived: 'I am sad - but Kris is really supportive of my career and if Minnesota is the best place for him to work out then that's what he should do."

And we all know how that one ends!