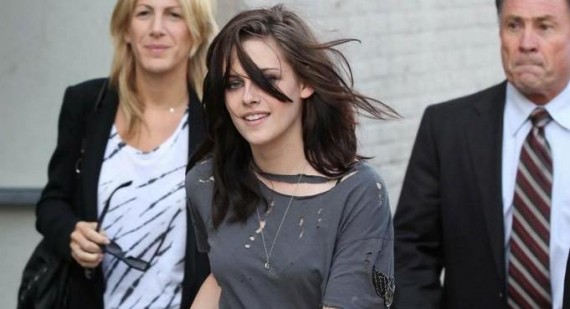 We're used to seeing Kristen Stewart with a serious-looking expression, so new pics of the star at Paris Fashion Week were certainly a surprise!

However, it's no wonder Kristen is so happy, after reports surfaced that she had reconciled with boyfriend Robert Pattinson following her cheating scandal. The 22-year-old was in good spirits as she arrived for the Spring/Summer 2013 Balenciaga ready-to-wear show at Paris Fashion Week. The actress stayed loyal to the French-based fashion house with an outfit by the designer Nicolas Ghesquiere.

She went for a chic biker look in floral-patterned monochrome jeans, ankles boots, loose black top and a yellow leather jacket. She is also a fan of their quilted leather biker jacket, having at least three in black, red and yellow. Kristen is a regular at Balenciaga shows at Paris Fashion Week and was unveiled as the face of their fragrance earlier this year.

Her arrival in Paris comes as Kristen and Robert are spending more time together. And the pair seem genuinely happy to have put their troubles behind them.  However, a source told People magazine that Robert's friends are concerned and have urged him to take things slowly. A friend told People: 'Rob was completely heartbroken and was saying there was no way he could ever forgive her.

'But not speaking to someone that you thought was your end all, be all, is clearly harder than he expected.'

Another source added: '(His friends) keep telling him he needs some time and space, but they all think they will be a couple again, maybe as soon as they are together for the Twilight promos.' 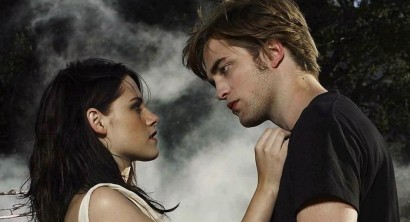