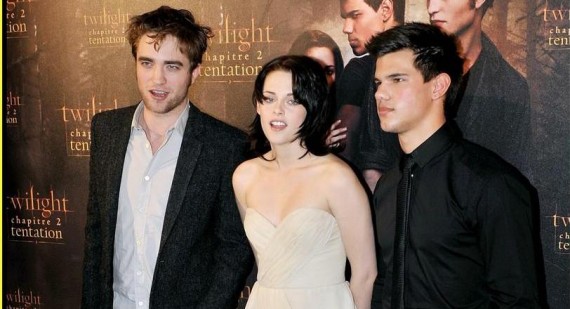 Kristen Stewart has revealed that she enjoys watching Twilight with Taylor Lautner, even more so than her long-time boyfriend Robert Pattinson.

"I watched Breaking Dawn with Taylor for the first time. It was really fun. It's fun to watch it with him because we actually sit and watch it. Me and Taylor are actual Twilight fans, so we can sit there and be totally into it! Whereas I sit there with Rob ... he likes it, but he has just such a different energy," she told Glamour Magazine.

Breaking Dawn part one is due for UK release on November 16th 2011. Kristen Stewart is, at present, filming for her role in Snow White and the Huntsman. It has previously been suggested that Taylor Lautner was hitting on Kristen Stewart but Robert Pattinson need not worry.