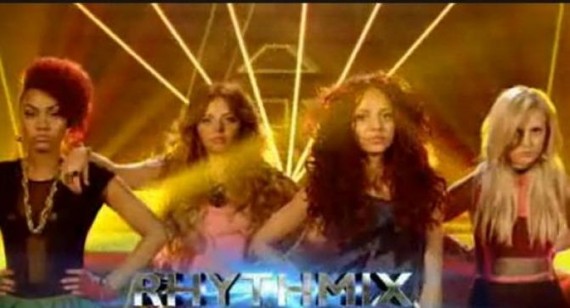 The fourpiece has done what no other band has been able to done in the history of the X Factor, coming first and beating off stiff competition from runner-up Marcus Collins. On hearing the news, the girls looked shocked to the core and while their mentor Tulisa Contostavlos wept, Jade Thirlwall raved: "We are just so so grateful and thankful to everyone who voted. Thank you to all the X factor people backstage".

Leigh-Anne added: "Oh my God that is insane!" Jesy Nelson continued, "this is never going to sink in, seriously. We just want to thank the public for voting!"

Marcus was gracious in defeat and tried to compose himself to wish Little Mix well. The Liverpudlian told Dermot: "I am really proud of myself and these girls really deserve it, they are amazing. I felt the performances went well, I enjoyed them and I hope the people at home did. It was amazing". His mentor Gary Barlow added: "He was an amazing contestant. I have enjoyed every minute I’ve spent with him, he’s done brilliantly.

This year's final was held at London's Wembley Arena in front of 10,000 fans and featured guest performances from the likes of Coldplay, Westlife and Michael Buble, as well as former X Factor contestants JLS, One Direction and Leona Lewis. Little Mix are expected to sign a generous record deal with Simon Cowell's label Syco. Their debut single, a cover of Damien Rice's Cannonball, is released this week.

Little Mix set for Steve Aoki collaboration?
4th September 2017 @ 10:37pm
Steve Aoki has admitted that he would love to work with Little Mix