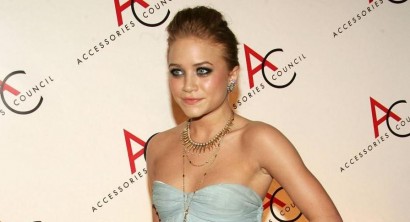 Marry-Kate is said to have fallen "head over heels" in love with Oliver, the younger half-sibling of the former French president - after dating him for over a month.

According to the New York Post newspaper, the pair are "head over heels" for one another and spent Memorial Day weekend together in the exclusive Hamptons resort near New York.

Mary-Kate, 25, previously dated artist Nate Lowman for over two years before splitting up in 2010. Meanwhile, 42-year-old Olivier dated actress Stella Schnabel for a year before their break-up in March.

Olivier was previously married to wife Charlotte and they have two children together.

Last year, Mary-Kate - who shot to fame as a child star alongside her twin sister Ashley - was linked to shoe designer Seth Campbell, but their romance didn't come to anything and soon fizzled out.

Before embarking on a relationship with previous boyfriend Nate in 2008, Mary-Kate was linked to a string of men, including the late actor Heath Ledger, but had been officially single since 2005 when she split from Greek shipping heir Stavros Niarchos.
200 Fan Uploads: Mary-Kate Olsen and Gallery

Mary-Kate Olsen and Ashley Olsen reveal the secrets to fashion success
18th August 2016 @ 02:16am
Mary-Kate and Ashley Olsen have enjoyed huge success in the fashion world and have now given some of their top tips for success

Will Mary-Kate Olsen ever return to acting?
29th October 2014 @ 11:31am
Mary-Kate Olsen quit acting a while back but will we ever see her make her acting return?