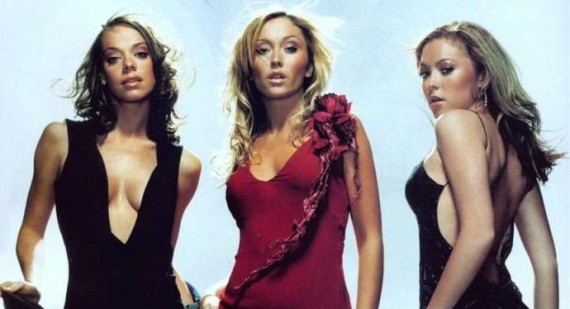 It seems that all of the former girl bands are trying to get back together for reunions at the moment. There were talks earlier in the year that the Spice Girls were considering a reunion gig but it appears that those plans have now fallen through. Last week it was confirmed that Girls Aloud are reuniting for a reunion tour and now, Natasha Hamilton has confirmed that she is teaming back up with Jenny Frost and Liz McClarnon to reform Atomic Kitten.

Hamilton explained, "We're really excited about getting back together and singing again. We've all been doing our own thing but we thought the time was right to reform. I think it will be fun to go on tour to perform for a whole new generation of fans. A lot of our fans will have kids now so it would be great if they can both come along to watch us and enjoy our music. We'd love to be able to perform for the Queen's Jubilee celebrations. We're open to all options at the moment."
Natasha also hinted that Kerry Katona could join the girls on stage. She added, "I ran into Kerry recently and we just hugged and got on really well. We both have kids around the same age so we talked a lot about them. It was lovely to see her. It would be great if we could all get on stage and sing ­together." Who are you most looking forward to seeing return, Girls Aloud or Atomic Kitten?
200 Fan Uploads: Liz McClarnon and Jenny Frost Gallery