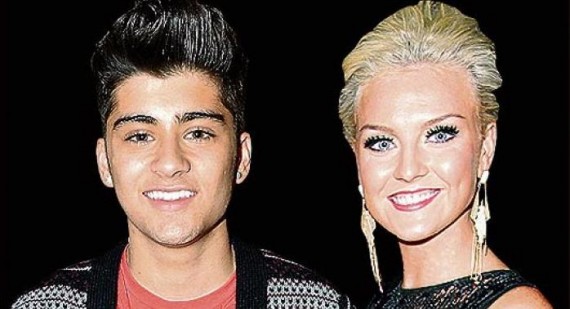 The pop duo were seen leaving her London home early in the morning last Wednesday suggesting they may well have spent the night together. Perrie, who has denied dating the boy band heartthrob in the past, was seen beaming at Zayn as the pair exited her house. 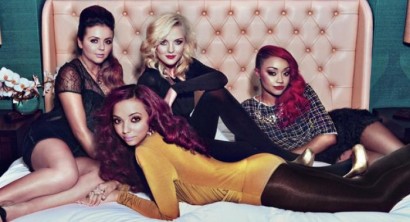 Meanwhile Zayn, 19, was all smiles as he was photographed heading to a car carrying a bright pink suitcase. Althought the pair weren’t holding hands, the sighting suggests the pair are more than just good friends.

Both Zayn and Perrie have remained tight-lipped about their blossoming romance but it appears they have been spending more and more time together in recent weeks. Late last month Perrie wrote on her Twitter: 'Just went to see avengers assemble and it was #boring. Good night though! xD @zaynmalik.'

Last December, Perrie came forward to deny reports that she was dating Zayn. The pair were linked when One Direction performed on The X Factor, which Little Mix won, back in November.

Talking about meeting Zayn and the former X Factor boy band, Perrie revealed: 'They were so nice and gave us loads of advice. But right now I haven't got the time for romance. It's all about the music, the tour and then the album.'

Perrie later said: 'Apparently we are dating. We met One Direction at the charity single and Jade is mates with them. We did text and I said thanks for the support. But, no, we didn't kiss.'
200 Fan Uploads: One Direction and Little Mix Gallery