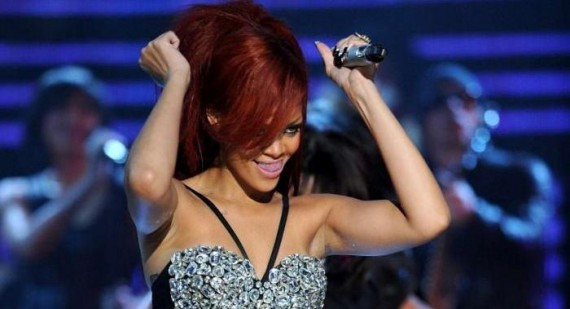 Rihanna is living it up in Dublin this weekend and is planning on getting better acquainted with the city ahead of her sell-out gigs. No expense will be spared at trendy Lillie's Bordello tomorrow night, as the city hotspot gears up for the arrival of the superstar.

An insider told the Herald that the 23-year-old will arrive for a lavish bash at the Grafton Street venue, which is staying open to the public so fans can catch a glimpse of the Grammy winner. "We're hosting a night for her and we're expecting the whole entourage to turn up, including Rihanna herself. She is leaving Belfast tomorrow morning ahead of her gig at the O2 on Monday," the source said.

Rihanna has caused quite a stir in Ireland so far, firstly by posing topless and then by arriving late on stage, much to the frustration of her fans.

Rihanna opens up about her relationship history
10th October 2016 @ 10:12pm
Sexy singer Rihanna has been talking about her love life

Rihanna responds to Drake love comments
2nd September 2016 @ 05:09pm
Rihanna has responded to the comments made by Drake about being in love with her

Drake opens up about his love for Rihanna
29th August 2016 @ 08:35pm
Drake has been speaking about his relationship with Rihanna