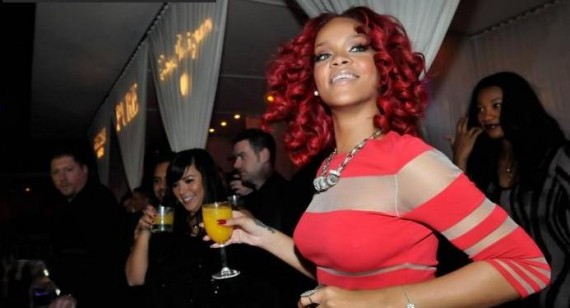 Rihanna has been spotted getting cozy with British boxer and model Dudley O'Shaughnessy, who recently appeared in the music video for her new single, "We Found Love."

The two spent time together in London on Thursday night following Rihanna's concert at the O2 Arena, and were photographed leaving the club Mahiki together early Friday morning, according to The Daily Mail Newspaper.

A source close to the 23-year-old pop star said: "Rihanna was making no secret that she fancied the pants off Dudley" during the recent video shoot for her new single "We Found Love." It is reported that Rihanna hand-picked Dudley O'Shaughnessy, 21, to appear in the video.

After her last relationship with Chris Brown ended so badly, we wish her all the best.

Rihanna opens up about her relationship history
10th October 2016 @ 10:12pm
Sexy singer Rihanna has been talking about her love life

Rihanna responds to Drake love comments
2nd September 2016 @ 05:09pm
Rihanna has responded to the comments made by Drake about being in love with her

Drake opens up about his love for Rihanna
29th August 2016 @ 08:35pm
Drake has been speaking about his relationship with Rihanna