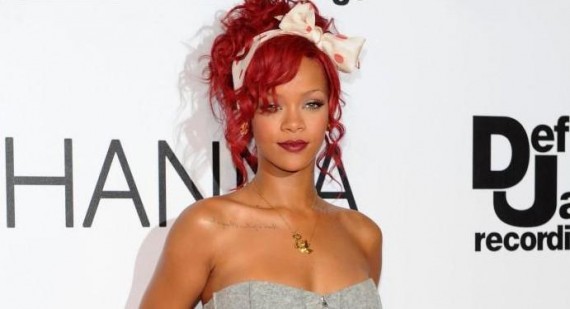 Rihanna has been tipped to headline a charity event hosted by Brad Pitt and Angelina Jolie.

The singer will reportedly perform in front of guests including The Duke and Duchess Of Cambridge, Prince Harry, David and Victoria Beckham and Nicole Kidman later this month

Brangelina are organising a charity ball in London to coincide with the Olympic Games in late July, and a source told Grazia magazine: "Rihanna may even make a guest performance, after she wowed at Brad's Make It Right foundation gala in March."

"It isn't just the guest list that will shine, the couple are transforming their home into the perfect party palace.

"They've been having renovation work done, including installing giant black chandeliers and covering the walls in black chiffon drapes."

The party is expected to showcase the best of British culture and is thought to cost £60,000.

"There will also be British-themed canapés like fish and chips and beef Wellington," the source added.

"The evening will start with a charity dinner in the city, after which guests will be transported to Brad and Angelina's home to continue the fun."

Rihanna is currently working on the follow-up to her sixth studio album Talk That Talk and is set to collaborate with Labrinth on new material in the near future. 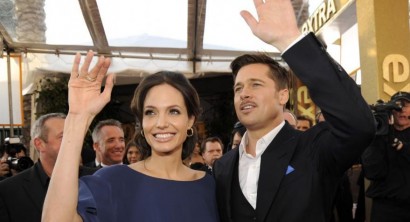