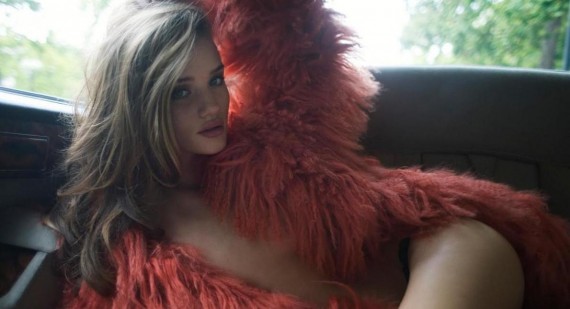 After Megan Fox was dropped from the Transformers series for likening director Michael Bay to Hitler, model Rosie Huntington-Whiteley was added to the cast of Dark of the Moon as the new love interest for Shia LaBeouf's hero character. 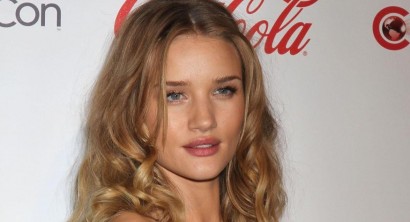 And evidently, that was the only stepping stone the stunning Victoria Secret's model needed to propel her into the world of acting, as Jason Statham's lady has now landed herself a role in the forthcoming reboot of a sci-fi classic: Mad Max: Fury Road.
Rosie's new role has not been identified beyond Deadline's report that she will be playing one of the movie's "five featured wife characters." She is starring alongside recent Hollywood breakout Tom Hardy, who is handling the title role - originated by Mel Gibson - and Charlize Theron.

The model looks to be solidifying a career in big budget franchises, and with Hollywood churning out sci-fi blockbusters of the like by the minute, Rosie has a prosperous onscreen future ahead of her. 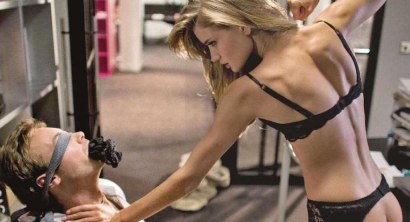 Rosie's soon to be co-star, Charlize Theron, has been getting into character by shaving off her long blonde hair. A rep for Charlize recently confirmed to People magazine that she shaved her head last week for her role as Furiosa in the upcoming movie. The action film starts shooting next month in Africa.

Charlize isn't the first actress to shave her head for a role; she follows in the footsteps of Anne Hathaway, who recently chopped off her long brunette hair for Les Misérables

Charlize has done a good job of covering up her newly shaved head so far, but no doubt when we do get a peak at her new 'do, she'll still look as gorgeous as ever.
200 Fan Uploads: Rosie Huntington-Whiteley and Charlize Theron Gallery