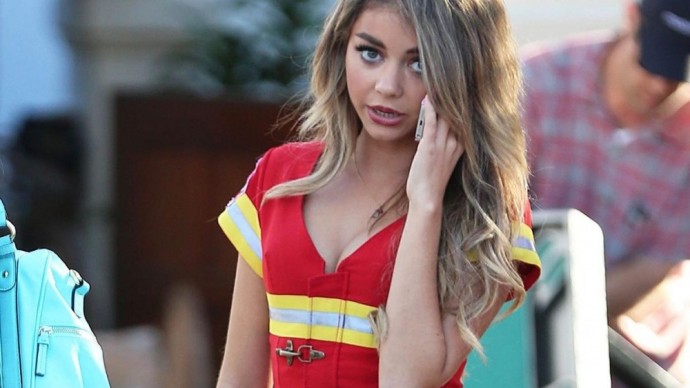 Sarah Hyland, the pretty 24-year old Modern Family actress, was left feeling a little awkward after her beautiful co-star Sofia Vergara asked her if she had on any makeup when she had just left the shows makeup area. Sarah is a brunette beauty that is well known for her glamorous looks, but she did suffer a bit of a blow when Sofia asked her that question. 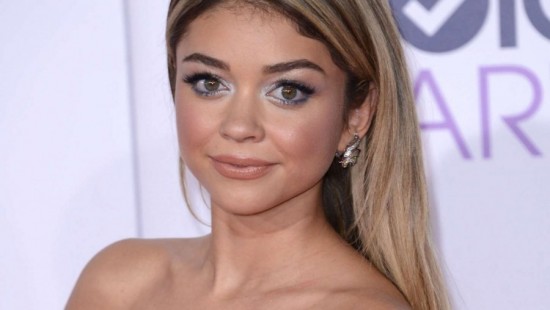 Hyland must have gotten over it rather quickly because she joked about the situation on her Twitter account. It is a fact that Sarah's look is not always put together. She always looks stunning at events and on her hit comedy. She was dazzling at the amfAR Inspiration Gala that was held in Los Angeles recently. Sarah always look great at red-carpet events, but she also likes to keep her look simple when she is not working. 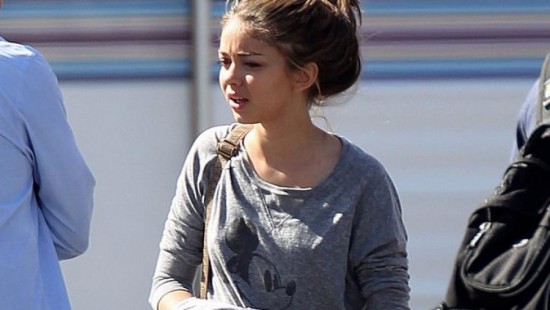 Sarah Hyland has the confidence and looks to pull off any look that she desires and always encourages young girls to feel comfortable in their own skin. She said that at some point just about every woman has an issue with her body, but says it is important to love and appreciate yourself for who you are. Hyland went on to say that a persons health is what is important.

She also said that there is pressure being a girl and revealed that some days she is depressed and that other days she feels wonderful. Sarah makes it a point to advise teens to cherish the body that have and pointed out that she did not always feel that way when she was a teen. Catch Sarah Hyland on her hit comedy Modern Family that airs Wednesdays on ABC at 9 PM.

Ariel Winter's body comes under attack again
30th August 2017 @ 02:59am
Ariel Winter has once again come in for some criticism because of her body