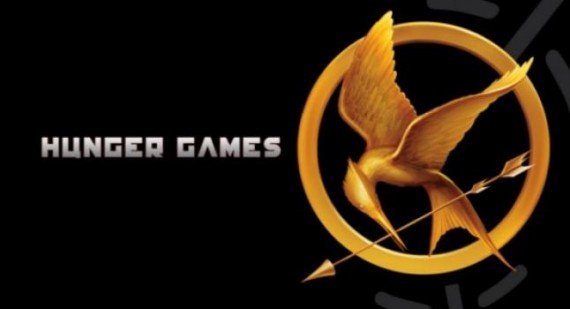 A new motion poster has been released for the forthcoming movie The Hunger Games and it is very impressive indeed. The poster features the Mockingjay pin belonging to Katniss Everdeen. Filming for The Hunger Games began on May 23, 2011.

The Hunger Games is based on the hit novel by Suzanne Collins. The movie centres around a young girl in a post apocalyptic future, who must take part in a survival contest, where each year a boy and a girl from the 12 districts must fight to the death, in order to save her community.
The Hunger Games is directed by Gary Ross and stars Jennifer Lawrence, Elizabeth Banks and Liam Hemsworth. The Hunger Games is set to hit the big screen in both the US and the UK on March 23, 2012. Check out the motion poster below.