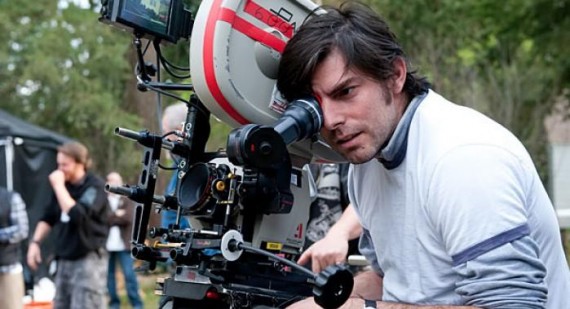 Many of you will probably know the name Chris Weitz from his directing the hit movie Twilight: New Moon and with his new movie A Better Life receiving rave reviews, you are likely to hear much more of the director. While the self confessed Lawrence of Arabia fan admitted, “I would love to direct a samurai epic,” A Better Life is a lower budget movie which has a tremendous impact on the viewer. Chris was kind enough to take the time to talk to FansShare about Twilight, A Better Life and what he has coming up.

FS. Congratulations on A Better Life it is a fantastic movie.
CW. Thank you! It has been an amazing feeling seeing people respond to the movie and now to have Demian Bichir nominated for an Oscar for his performance. Tremendously gratifying.
FS. How did you come to direct the movie?
CW. My friend Christian McLaughlin, one of the producers on the movie, gave me a copy of the script that Eric Eason had written. It was the best thing I had read in 20 years and I felt I just had to do it.
FS. What made you agree to direct the movie?
CW. I had been wanting to make a change from bigger blockbuster-type stuff. Also, this needed to shoot in LA, where I live, and would offer me the opportunity/excuse to learn Spanish.
FS. What can you tell us about the movie?
CW. It is, on the one hand, a very intimate movie about a father and his love for his son, and on the other a universally applicable movie about immigration and politics.
FS. How did Demián Bichir stand out from others who auditioned for the role?
CW. He was my first and prohibitive choice. I had a good feeling about him from the first time I saw him in Che and that feeling has been borne out.
FS. Did you realise that his performance would have the impact that it has, while you were filming?
CW. I knew it was a terrific performance. I did not know it would move so many people so deeply and receive this amount of recognition.
FS. You have been involved in some very big movies, how does directing a big movie differ or compare to the smaller movies?
CW. Making a movie is immensely challenging no matter what the budget level, because you are always trying to squeeze the most out of what resources you have. You are always working on the edge.
FS. Which do you prefer to do?
CW. I find them all equally terrifying.
FS. Do you have any upcoming projects?
CW. I am masking some short pieces for the Center for American progress, a DC think-tank, about immigration reform and Alabama HB56, the most regressive immigration law in the country.
FS. What can you tell us about them?
CW. They will be focusing on the immorality of this law and its bad effect in the economy and reputation of the state of Alabama, where many people disagree with it.
FS. What advice would you give to any aspiring actors, writers, directors etc.?
CW. You can’t control anything but the quality of your work.
FS. We are huge Twilight fans. How was directing New Moon?
CW. A delight.
FS. What were Robert Pattinson, Taylor Lautner and Kristen Stewart like to work with?
CW. I can honestly say that I had a great time with all three. We got along great. I respected their ability to do their jobs, they respected mine, and we just took it from there.
FS. What were they like off screen?
CW. Quirky, different individuals, as unlike their characters as you can imagine. They have to face the strange atmosphere created by the success of these films and they do a great job of it.
FS. Who is the best actor/actress that you have ever worked with?
CW. I plead the fifth on that one.
FS. What is your favourite movie that you have worked on and why?
CW. A Better Life, eventually, because, while I can find many reasons to love all of the others and the people I’ve had a chance to meet and work with, I think this one can affect the most change.
Chris Weitz also revealed how excited he was for Demian Bichir to receive his SAG Award nomination, “I’m very excited for Demián, especially now that we can add Independent Spirit and Academy Award nominations to the list!” he explained. For those of you who have yet to see A Better Life, we highly recommend it. Director Chris Weitz has hit the nail on the head with this movie and the performance of Demián Bichir is simply fantastic, we cannot recommend it highly enough.
26 Fan Uploads: Chris Weitz and Gallery