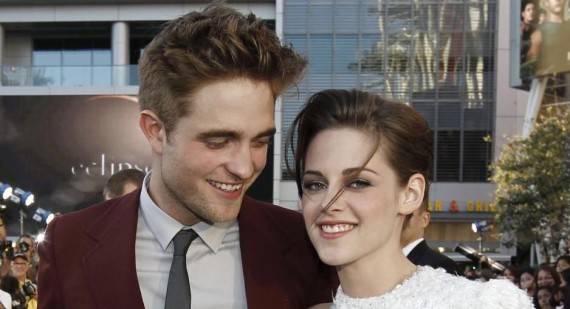 For the first time, Twilight star Kristen Stewart has admitted frankly to her relationship with co-star Robert Pattinson.

Despite the rest of the world accepting it as fact well over a year ago, the stars of Twilight have remained as tight-lipped as possible on the subject, often laughing and joking their way out of answering questions during interviews.

During her interview with GQ magazine, however, Kristen reveals: "So much of my life is so easily googled. I mean, it’s like, come on guys, it’s so obvious! I don’t worry about it at all. It’s just one of those things. I’m selfish. I’m like, "That’s mine!" And I like to keep whatever is mine remaining that way. It’s a funny little game to play and it’s a slippery slope. I always say to myself I’m never going to give anything away because there’s never any point or benefit for me."

Despite previously (and controversially) comparing living her life in front of the paparazzi to being raped, Kristen says: "It really is not a nightmare, it’s just one of those things. I guarantee whenever I get married or have a baby, everyone is going to want to know my kid’s name and I’m not going to say it for ages. That’s just the way I want to do it. It’ll come out but it won’t have come from me."

Kristen also stripped down to a bikini as part of the GQ photoshoot, and spoke openly about her figure.