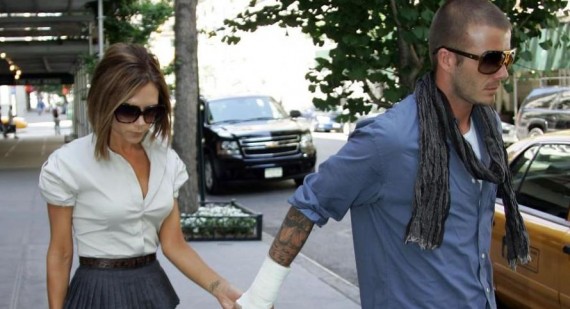 It's no secret that Victoria Beckham was the least enthusiastic Spice Girl when it came to their reunion Olympic gig last weekend, but what we didn't realise is that she had to be talked down from a panic attack ahead of the performance. 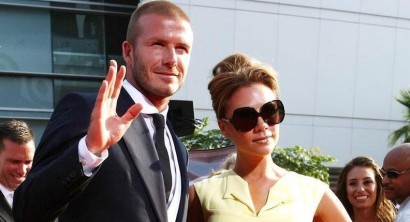 Up until last weekend it had been four years since Posh and her fellow Spices - Baby, Scary, Sporty and Ginger - had taken to the stage, so it's understandable that the girls were all a bit nervous.
However, it sounds as thought Victoria was suffering the most as she reveals that Emma Bunton was forced to stop her from jumping out the car on their way to the gig.

In an interview with Emma, aka Baby Spice, for her Heart FM radio show shortly after the performance, Posh confessed:

"I was in the taxi with Emma before we started and I nearly just got out of the car.  I was so nervous. I felt sick and Emma was so amazing. Honestly, that's how you know a real friend. If it wasn't for her, I would not have been out there."

But that's not all, according to a report in The Mirror, it wasn't just a case of stage fright. A backstage source told the paper:

"Victoria played down the incident but she basically had a full-on panic attack and was in a complete state. Emma was brilliant and gave her a big hug, saying, 'It's all gonna be OK, you look amazing'."

No wonder Posh isn't keen to rejoin the girls for another performance anytime soon. Mel B is apparently planning to get the group together for another reunion tour to coincide with the launch of their musical Viva Forever at the end of the year- but Victoria isn't keen.

Radar quote a source as saying: "Mel B is spearheading the crusade for the band to do a reunion tour as they had a total blast performing at the closing ceremony. Geri Halliwell, Mel C and Emma Bunton are all on board, but, of course, the lone holdout is Victoria."

"Vicky says she just has way too much on her plate right now with her fashion label and so busy being a mother to four young children, and wife to David and it just doesn't seem like she wants any part of a reunion tour." 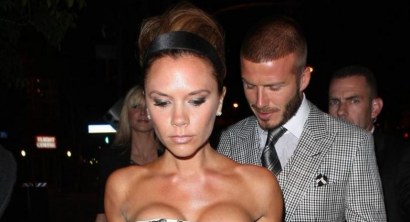