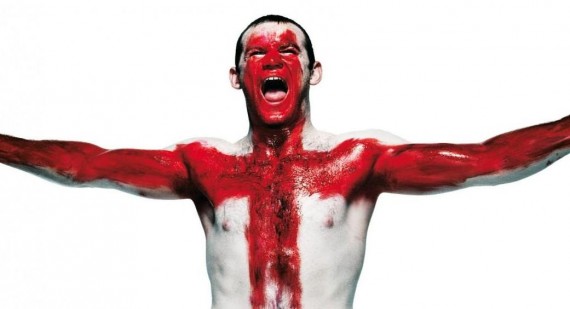 Wayne Rooney was sent off this evening after a foolish and very intentional kick on an opposition player while playing for England against Montenegro.

Many thought that Rooney's petulant days were behind, but after a rough few days following allegations that his father has been caught up in a betting scandal, frustration appeared to boil over as he lashed out at an opposition player after he was unable to get the ball from him.

The sending off left Rooney's England team mates in a tough spot for the rest of the crucial game, with being a man short the attacks on goal came thick and fast which eventually led to a 90th minute equalizer for Montenegro.

Losing such a commanding lead did not hurt England come the full time whistle as the result puts England into Euro 2012 Finals in Poland and Ukraine.

This all now means with Wayne Rooney picking up a straight red card he will surely get a ban handed to him for the finals, and FIFA stipulates that if violent conduct or serious foul play is detected a ban can be increased to three games. With both of the stipulations being present in Rooney's actions he is sure to be handed a three match ban.

This will leave Capello with a selection problem and could comprimise Wayne Rooney's selection for the final squad at all.

Wayne Rooney's manipulation of Manchester United ends in 2014
20th January 2014 @ 03:45pm
Wayne Rooney will not be allowed to manipulate Man United much longer