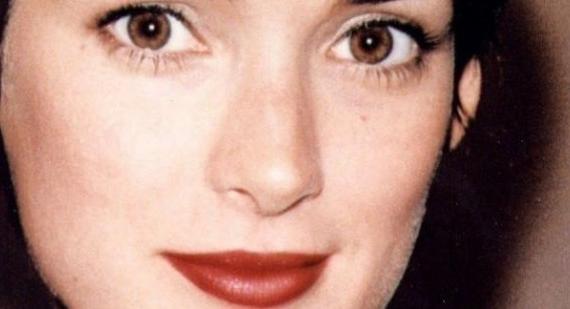 Winona Ryder has a new interview with Flicks and Bits promoting her new movie ‘Frankenweenie’, with her Edward Scissorhands and Beetlejuice director Tim Burton.

Ryder talks about her and Burton’s history, saying, “I’ve known Tim Burton for 25 years, and I credit him with my career – I really mean that. I don’t know if….acting was sort of an accident for me, I wasn’t going on auditions and trying to be an actor. I was actually sort of discovered in San Francisco and I’d done only two movies, small parts, and I remember my parents were very picky (laughs) – because we had to drive from Northern California for ‘Beetlejuice,’ it was like 9 hours to get there, and I remember very well when I first met Tim. I was sitting, waiting to meet him and this guy came in and started talking, talking about movies and music and 25 minutes later I was like, “When is this Tim Burton guy coming?” And he was like, “That’s me!” And I was like, “OH….” (Laughs) I had no idea that a director could actually be so cool and I could easily hang out with them, you know?”

She also talks about the experience of re-teaming with Burton, saying, “Tim has always been a very special person to me, I love being around him, it never feels like work – I know it’s work for a lot of people, and growing up in the movies, you realise how much work it is. But when you’re a kid you kind of don’t see all of those levels (laughs). He’s so special and I think our relationship, in a very strange way, it’s the same, which is wonderful, but then it’s also different – he’s made so many movies, he’s so prolific. But yet, it’s still the same, that love is still there, it’s the same Tim Burton from that wonderful day.”