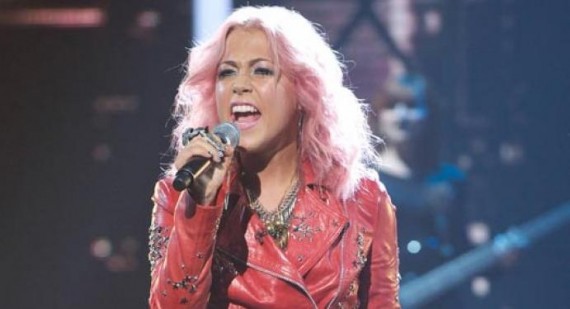 Gary Barlow has publicly criticised Amelia Lily as he tries to hold on to his last remaining act, Marcus Collins.

The X Factor judge appeared on the ITV programme 'Loose Women' alongside his act Marcus Collins. He defended his remark he made on Sunday saying, "I thought the comment was absolutely right, her performance was very out of control. Craig really stole that performance. It was very, very understated and actually reeked of experience to me. Her’s seemed to be very desperate."

On Sunday's live showdown, Gary accused Amelia of shouting her way through her song choice as she battled it off against Craig Colton. The four judges were undecided and took the result to deadlock after the sing-off, with Craig being voted off the series, receiving fewest amount of public votes.

But despite his harsh comments, the Take That member is adamant he never intended to take over Simon Cowell's 'Mr. Nasty' character when he took over from the music mogul on the panel. He added: "I am really serious about music and when I see something on TV I am critical in my head anyway, so I have been used to hearing things and picking them to pieces for years."

Amelia will be joined by Gary's act Marcus, as well as Tulisa Contostavlos group Little Mix and Kelly Rowland's girls Misha B and Janet Devlin, for a place in the semi-finals.