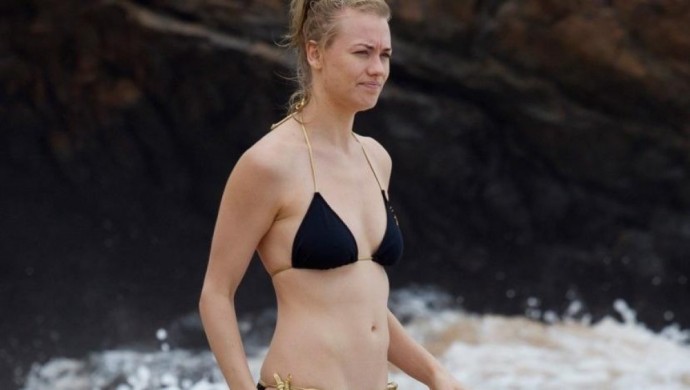 Australian beauty Yvonne Strahovski, has had nothing but successes in her movie and TV credits, which includes 24: Live Another Day, Dexter, Chuck, and The Astronaut’s Wives Club. She continues her success with a 2015 release of “Manhattan Nocturne.” Yvonne, along with Adrien Brody and Jennifer Beal, portrays a seductive stranger who draws Adrien, as a tabloid writer, into a world of murder, scandals, blackmail, and a sexual obsession. 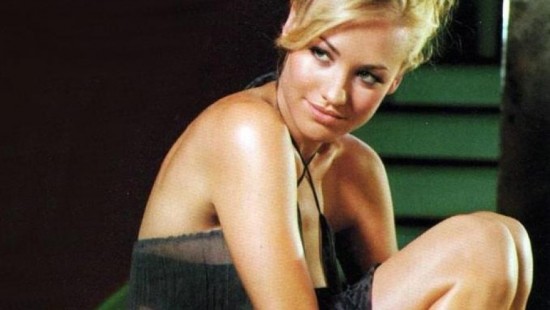 Yvonne Strahovski enjoys working as she continually looks for films that challenges her acting ranges. Ms. Strahovski is currently being cast in “Edge,” an Amazon western drama, where she co-stars with Max Martini and Ryan Kwanten. In Edge, Yvonne Strahovski plays a mysterious Pinkerton detective who arrives in the bloody town of Seward, Kansas. If you haven't seen Ms. Strahovski around Tinsel town, it is because she is also filming “All I See Is You,” with Blake Lively and Jason Clarke.

Yvonne Strahovski was in Thailand filming this psychological drama. It's production is currently underway, where Ms. Strahovski plays the friend of a woman who was once blind, but who has her eyesight restored, but discovers that she is experiencing disturbing images and glimpses of once unseen and unknown events about her husband and their lives together. As if she isn't working hard enough, Yvonne Strahovski is lending her voice to the character “Batwoman” in the animated movie “Batman: Bad Blood.” 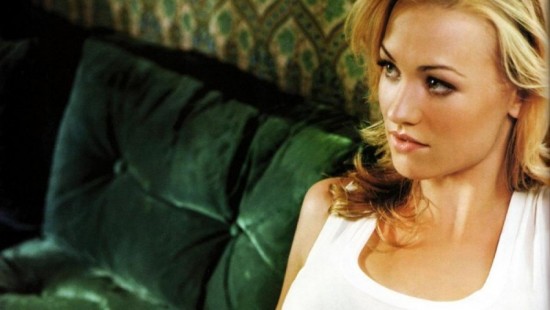 A few weeks ago in early October 2015, Yvonne Strahovski and former co-star of “Chuck,” Zachary Levi, were hanging out together at the Dodger Stadium, having fun in cheering and sharing in high fives, as the Los Angeles Dodgers played against the New York Mets. Zachary Levi and Ms. Strahovski continued their friendship from earlier appearances on the SyFy channel's game show “Geeks Who Drink,” hosted by Levi.

Levi and Strahovski also teamed up in having fun on the Nerd HQ stage to answer questions from San Diego Comic Con fans located in the The New Children's Museum. While at Comic Con, Yvonne Strahovski's inner nerd came out, as she donned a cool, wig and went head-to-head with Whitney Avalon in the “Princess Rap Battle.” Also, presently under wraps is rumored noise that Yvonne Strahovski may be cast as sexy Carol Danvers, as Ms. Marvel in the upcoming Avengers movie. In case you did not know it, Ms. Marvel also has super powers due to a lab explosion that involved alien technology.

20 reasons why we want to see more of Yvonne Strahovski on the big screen
29th March 2018 @ 06:17am
There are certain actresses in Hollywood these days, who seem to bag all of the top movie roles going, so much so that it gets to the point where we sta ...

Zachary Levi excited to play Shazam!
31st October 2017 @ 07:48pm
Zachary Levi says he wants to do justice to the role of Shazam!