TV
26 reasons why Arianny Celeste should move into acting

There have been so many different occasions over the years, where we have seen a person going on to enjoy plenty of success in their chosen area of the entertainment industry, before then deciding to mix things up a bit by making the move to another area of the entertainment industry. While some of these stars have failed to go on to achieve as much success in their new area, there are others who have gone on to enjoy plenty of success and show just how talented and diverse they are.

We have seen a number of wrestlers and MMA stars who have decided to try their hand at acting over the years and there have been plenty of them who have enjoyed a successful career in Hollywood. However, we have yet to really see a UFC Ring Girl deciding to make the move into acting, although if there was ever going to be one who could go on to make a successful acting career in Hollywood, it would be Arianny Celeste.

Arianny Celeste has not only become the biggest Ring Girl in the history of the UFC, but she has also gone on to become one of the most people people in the entire sport, gaining a huge amount of fans all over the world. If Arianny was to decide to make the move into acting and was to land the right role in the right movie, then we have no doubt that she would have what it takes to become a huge Hollywood star and here we will show you just why we think that. Enjoy! 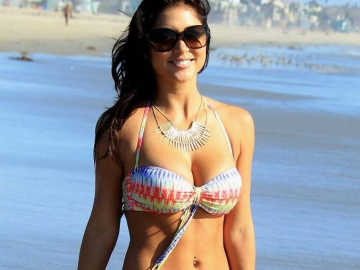 Arianny Celeste to lose millions with the end of Ring Girls 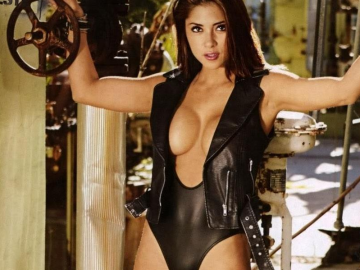 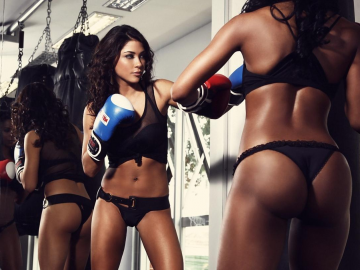 Miss Pettigrew Lives for a Day

Exclusive Arianny Celeste sexy snaps and selfies
18th December 2015 @ 03:37pm
Arianny Celeste recently took part in a sexy photo shoot and she was kind enough to share some of the new pictures with us

15 sexy Arianny Celeste pictures showing she is the best thing about UFC
27th November 2015 @ 10:33am
Mixed martial arts has become very popular over the past few years, with the UFC leading the way with an ever-growing fanbase, which is already huge and ...

Arianny Celeste reveals how she looks so sexy
20th August 2015 @ 09:52am
Arianny Celeste is one of the most beautiful women in the world and she has shared how to get such a great body