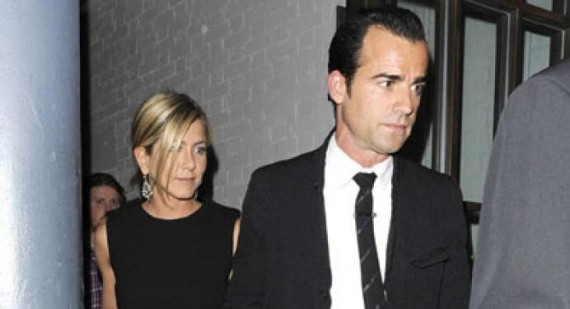 Jennifer Aniston has been all smiles lately as she prepares to marry her handsome beau, Justin Theroux. 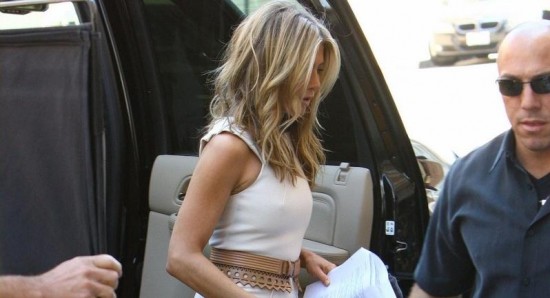 Jennifer has been looking more toned recently as she gets in shape for the wedding
There have been a flood of reports regarding Jen's wedding plans, but one which has been persisting lately is that she has enlisted her fiancé to help design her wedding dress, despite traditions which state the groom should not see the dress until the big day.
Jen is said to be unphased by such superstitions as her former husband Brad Pitt never saw her dress until the day of the wedding, and yet they still ended up divorcing in what was a very painful and public split. 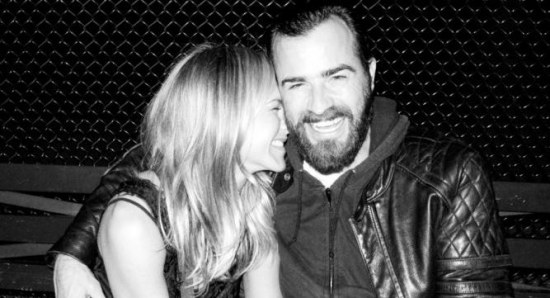 Jen and Justin look blissfully happy together
The Friends star is engaged to fellow actor Justin, with the pair rumoured to be tying the knot in sunny Hawaii at the end of 2012. Jennifer is said to be busy planning the nuptials for what will be her second wedding, and has decided she wants Justin involved in all aspects of their big day, including her outfit.

Jen has apparently told her friends that Justin is helping her with the dress as she embarks on a strict diet and exercise regime to get her in shape. We wonder if Justin will also have a say over the bridesmaids dresses for Jen's best friends Courteney Cox and Chelsea Handler.

As well as rumours regarding the wedding, Jen and Justin have also been plagued by pregnancy rumours, with recent sources claiming that the couple are getting ready to announce they are expecting.
However, this is certainly not the first time that the actress has been hit by pregnancy rumours, with Jen herself even poking fun at the constant speculation surrounding her in a promotional video for Smart Water, in which she pretended that she was secretly pregnant with triplets.
However, a rep for Jen recently told Entertainmentwise: "We have long stopped commenting on the multiple reports of a pregnancy. Its completely absurd and irresponsible for any publication to make such declarations without any real source."
200 Fan Uploads: Jennifer Aniston and Gallery