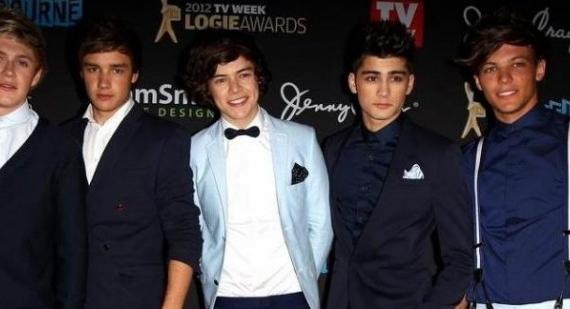 It was just last month that reports spread across the globe that One Direction singer Zayn Malik had cheated on his Little Mix girlfriend Perrie Edwards with some One Direction fans. Fortunately for young Zayn, Perrie found it in her heart to forgive him and the two continued their relationship.

However, it appears that Zayn is at it again according to more unconfirmed reports and this time he is not only looking to set himself up with some young female fans but this time he is also acting as middleman for his One Direction bandmate Harry Styles. Zayn is believed to have invited some girls back to his hotel room, where he and Harry were waiting.

Perez Hilton has a recording of a phone conversation believed to be Zayn Malik instructed some female fans of where to go and how to get themselves into his hotel. He even gave the girls a fake name to give, just in case they were stopped by hotel security.

Now it has not officially been confirmed or denied whether it is Zayn Malik but the phone call certainly does sound like him and he does have a bit of a reputation as the bad boy of the band. Check out the recording below and let us know whether you think it is Zayn Malik or not.

Gigi Hadid defends Zayn Malik romance
5th July 2018 @ 10:37am
Gigi Hadid has hit back at a Twitter troll to defend her relationship with Zayn Malik